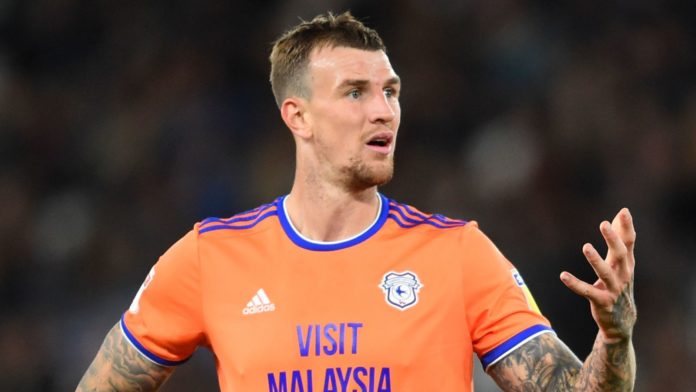 Cardiff earned an FA Cup fourth-round visit to Reading after edging out Carlisle 4-3 in a storming replay at Brunton Park.

The Championship side were made to fight all the way by a Carlisle team that has been struggling in the lower reaches of League Two for most of the season.

Aden Flint and Josh Murphy replied to an early Nathan Thomas strike to give City a half-time lead.

Flint got his second and Danny Ward also netted while Harry McKirdy was twice on target for Carlisle. Chances came thick and fast from the outset and Cardiff could easily have taken the lead with three quick openings.

A great effort from the lads and the fans tonight – thank you for your excellent support ? #cufc pic.twitter.com/i2Ry50xqYZ

First Gavin Whyte’s effort was blocked, then Ward saw a shot deflected for a corner before Sol Bamba sent a header wide.

However, Carlisle were first on the scoresheet in the seventh minute when Hallam Hope did well to keep the ball in play on the by-line. His pull-back found Thomas who thundered the ball home from the edge of the area.

It took just 11 minutes for Cardiff to level when Flint rose highest to meet a lofted ball into the box and his header went in by Adam Collin’s right-hand post.

Next to go close in an open contest was McKirdy who left Alex Smithies beaten with a bullet of a shot from the left of the box, only to see the ball crash against the left-hand post.

Cardiff made it 2-1 on the stroke of half-time as Murphy hit a powerful low shot first time past Collin from just inside the area.

An incredible game. The #Bluebirds defeat the valiant Cumbrians to progress to R4 of the #EmiratesFACup.#CityAsOne pic.twitter.com/psblVKQDCS

Flint, proving to be the visitors’ dangerman, scored his second in the 48th minute, bundling the ball over the line after a right-wing corner had the Carlisle defence in disarray.

Carlisle were back in the game three minutes later when Thomas’ ball from the right carried across towards the far post for McKirdy to supply an unstoppable volley.

It was raining goals and Cardiff were next to score in the 57th minute. The bounce of the ball caused problems for the home defence and Ward pounced to beat Collin from a tight angle.

Carlisle’s third goal came in the 65th minute as Hope took a short free-kick to McKirdy who lashed home left-footed from 15 yards. With time running out Smithies came to Cardiff’s aid, grabbing a loose ball as Carlisle desperately scrambled for an equaliser.