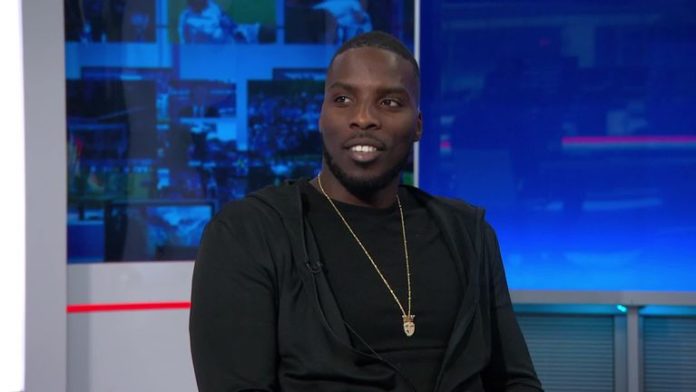 Riakporhe on Fury: “If he was serious and conducted himself properly in that fight, he would be the world champion by now”

Richard Riakporhe and Lawrence Okolie have revealed that Tyson Fury asked them to be sparring partners to replicate Deontay Wilder.

Okolie sparred Fury prior to the first Wilder fight and will weigh up this offer, but Riakporhe is rehabilitating a broken hand so can’t join the camp in Las Vegas.

Okolie and Riakporhe are both known for the explosiveness of their right hand, much like Wilder, and are also divisional cruiserweight rivals.

Okolie said about being invited back for a second camp by Fury: “It was a learning experience that we both gained from. I must have done something right for them to want me back again.”

Riakporhe told Sky Sports: “They called me to spar but, because of my hand, I couldn’t. It would have been an experience.”

Asked who would win the rematch on February 22, Riakporhe said: “I’m leaning to Fury – he will be more serious and disciplined.

“All that showboating means he switches off, and that’s how he was put down. If he was serious and conducted himself properly in that fight, he would be the world champion by now.”

The request for sparring for Fury is a feather in the cap of Riakporhe, the British cruiserweight champion. Riakporhe also weighed in prior to beating Jack Massey last month wearing a golden mask, reminiscent of Wilder.

The subplot to Fury’s sparring request is that Riakporhe and Okolie are proteges of Dillian Whyte and Anthony Joshua respectively.

Riakporhe is also gunning for Okolie, who hopes to finalise a world title fight against Krzysztof Glowacki. Riakporhe said: “I’m fine with fighters winning. I’m cool with that. Against me, you’re an obstacle. You’re not winning, you’re going down.”

His manager Whyte said: “I’d like him to have a voluntary defence against a world-level opponent, someone who will take him a few rounds and make it difficult for him. I’d like to get him another three fights then step him up to a world level.”

Whyte explained that Riakporhe has provided him with valuable sparring: “We sparred because I was fighting a tall guy, and he was fighting a guy roughly my height. He was pushing me.

“I explained stuff to him. We speak. When me and Richard speak, we have deep conversations. I told him things that would have made his fight easier. But sometimes on the night things don’t come together.

“I spar him, he gives me problems. He does great stuff in the gym.”

Fury went face to face with Wilder at a press conference earlier this week and warned: “I won’t run. You won’t have to look for me. You’re going down in two rounds. Two! He’s getting knocked out in two rounds.”

Wilder replied: “This is unfinished business that I will finish. I will knock him out. I’m the king of the jungle. I’ll rip his head off. I’ll knock him through the ropes.”