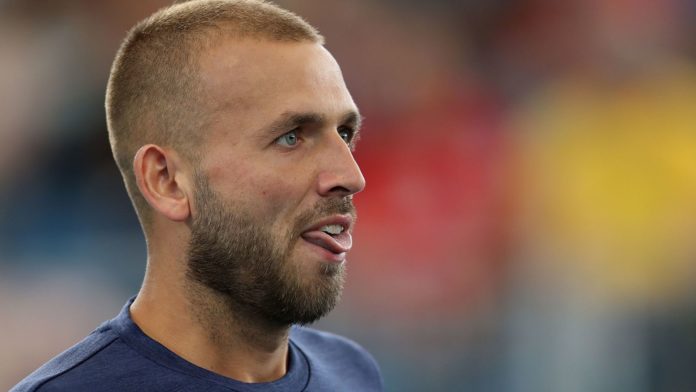 Dan Evans and Kyle Edmund will now focus their attention on the Australian Open, which starts on Monday

Evans has made a fine start to the season himself, putting in a series of excellent performances in the ATP Cup. He will now make his way to Melbourne where, following the withdrawal of Alex de Minaur, he’ll be seeded 29 at the Australian Open.

Rublev, who is unbeaten since early November having won all four of his matches at the Davis Cup finals and then lifted the ATP title in Doha last weekend without dropping a set, will play Alex Bolt or Felix Auger Aliassime for a place in the final on Friday. The other men’s semi-final is a match-up between Lloyd Harris and Tommy Paul.

Edmund, the British No 3, suffered a narrow defeat by John Isner in the quarter-finals of the ASB Classic in Auckland.

Edmund was looking to continue his good start to the season by upsetting the fourth seed and he forced nine break points on the fearsome Isner serve but was unable to take any of them.

Isner hammered 25 aces to make it through to his third semi-final in Auckland.

“I’m happy with the second set and the way I played towards the end of the match. I do think I improved from yesterday,” Isner said. “Winning matches like this can give me a lot of confidence for the rest of this tournament, the Australian Open and the rest of the year.”

Isner will play Ugo Humbert for a place in the final after the Frenchman upset second-seeded Canadian Denis Shapovalov 7-5 6-4.