Home World Putin may be following Xi’s lead, but he’s nowhere near as secure... 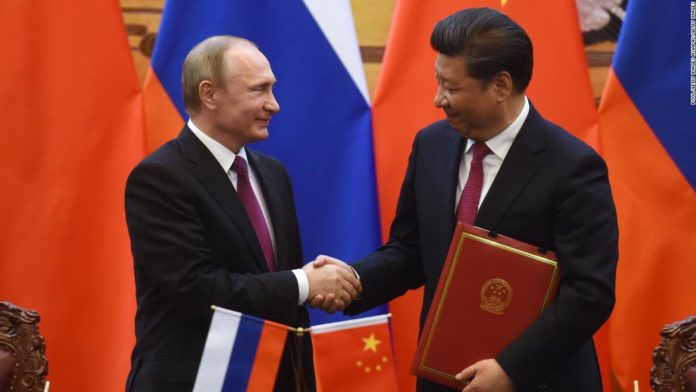 But as he delicately rearranged his country’s government in order to do so, he may have been looking enviously across the Altai Mountains to China, where his close ally Xi Jinping achieved the same power grab with apparent ease.
While Xi’s 2018 move to drop term limits on the presidency and clear the decks to serve for life may have involved much internal politicking within the Chinese Communist Party, it was presented to the country as a fait accompli. Since then, the Party has only coalesced even tighter around Xi, ramping up the propaganda about him and giving him yet more titles, including one previously only held by Mao Zedong, that of “people’s leader.”
Putin on the other hand is already facing speculation as to just how he will achieve his latest reshuffling. His 2012 job swap with then President Dmitry Medvedev, which gained Putin an extra eight years as president, attracted large street protests, and more will be expected following the latest news. There are also rumblings of potential discontent within the top ranks of Russian politics, as well as outrage from opposition figures and parties — which Russia, unlike China, still tolerates.
Since both men secured their grip on power in the 2010s, Russia and China have moved closer and closer, boosted by geopolitics but also what appears to be a strong personal relationship between the two leaders.
Putin has turned to Xi to counterbalance US and European pressure, particularly over the 2014 annexation of Crimea, while Xi has been only too happy to count Russia among its allies as he expands his influence westward through his signature Belt and Road infrastructure and trade megaproject and looks to counter the impact of the the US-China trade war.
As well as Belt and Road, Russia has also embraced Huawei, China’s embattled tech giant, even as the company faced intense pressure from Washington over security concerns and faced being blacklisted by many US allies. The decision to grant Huawei the contract to build out Russia’s 5G network comes as Moscow moves to a more Chinese-style, hyper-controlled internet, reigning in online freedoms and dissent.
In an interview with Russian media last year, Xi called Putin his “best and bosom friend,” adding he cherished their “deep friendship.”
But while the Xi model may be attractive to Putin — and indeed to most autocrats — it isn’t without flaws. As Xi is learning, absolute power brings with it absolute responsibility and absolute blame.
As the challenges facing China racked up last year, so did cracks in Xi’s facade. Anti-government unrest in Hong Kong, the ongoing US-China trade war and even rising pork prices were all major tests for Xi, and not ones he has handled particularly well.
There were signs he was aware of this, and the potential for unrest the problems brought with them. As the People’s Republic of China marked its 70th anniversary in October, state media said the event was a chance for people to “forever remember the hardships of the New China, and the process of arduous struggle.” The goal is to inspire “the whole of society to energetically sing the main melody of praise for the new China and the struggle for a new era,” Xinhua said in a commentary.
Xi’s ability to control dissent far outweighs Putin’s, however. Since reaching the top of the Communist Party, Xi has tightened internal discipline, using an anti-corruption campaign to root out bad actors and — critics say — go after potential challengers. He also has a colossal propaganda apparatus to rally support around him in times of challenge, and faces no opposition outside of the CCP, nor even the chance that such a figure could arise without a radical transformation in the way China operates.
For all Putin’s adroitness in political imagery and propaganda, he does not helm a state as powerful or as centralized as China. Russia’s democracy is deeply flawed, but the institutions it contains create a venue for open criticism of Putin and his policies, and for building power bases from which to challenge him. There is still independent media in Russia, albeit operating under intense pressure from the state, and even state-run outlets are less tightly leashed than they are in China.
Xi has already faced major challenges that could, in a weaker system or for a weaker leader, have derailed his bid for greater and greater power. There is reason to expect that he can weather several more, thanks to his grip on the CCP and the party’s tight control of all aspects of government and popular discourse.
Of course, Putin’s recent reshuffling could be a bid to gain exactly the type of power that Xi currently holds. He has been Russia’s paramount leader for 20 years now, and any attempt to turf him out would take a humungous effort or years of preparation. In that time, he could build up a system of control modeled on his Chinese ally’s.
At present, however, for all Putin may aspire to adopt the Xi model in Moscow, he will have to tread carefully.