Home Lifestyle How to watch the 2020 Super Bowl without cable 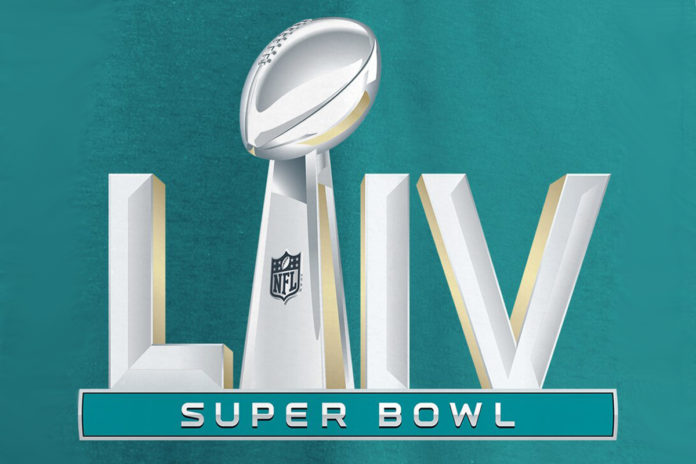 Football-loving cord-cutters will have an easy time watching this Sunday’s NFL Conference championship games. The 2nd-seed Kansas City Chiefs will face the 6th-seed Tennessee Titans in Kansas City for the AFC championship at 12:05 PM Pacific, and the top-seed San Francisco 49ers will face the 2nd-seed Green Bay Packers in San Francisco at 3:40 PM Pacific. The respective winners of each game will go on to play Super Bowl LIV on February 2. That game is scheduled to kick off in Miami at 3:30 PM Pacific.

We’ll show you how to catch both games—and the Super Bowl itself—even if you don’t have a cable- or satellite-TV subscription.

Option one: Use an antenna

Of the four major North American sports leagues, the NFL remains the only one you can still enjoy without a pricey cable subscription. All you need is an antenna that’s capable of pulling in your local CBS affiliate for the AFC game, and your local Fox channel for the NFC game.

If you’re old enough, the thought of using an antenna probably conjures memories of temperamental “rabbit ears” and staticky images. Thanks to modern broadcast technology and over-the-air antennas, you can get a high-quality image that can, in some cases, be better than what you’d get with a subscription. come in a range of designs.

If you live close enough to a broadcast tower, you might be able to use paper-thin indoor model such as our top pick, the Winegard FlatWave Amped. If you’re more distant, you might be better off with an antenna that mounts to your roof or on a freestanding mast. The Antennas Direct DB8e is our favorite in that category. Either way, all you need do is plug one into the tuner that’s a fixture of most modern TVs.

Before you purchase an antenna, though, go to a site like TVFool or Antennaweb and see which networks are available from your local broadcasters. Just enter your address to get a report of all the broadcast signals in your area, ranked from strongest to weakest. Once you determine which broadcaster is furthest from your home, you’ll know what range antenna to buy.

Option two: Use a streaming service

In the event you’re too far from a transmitter to pull in CBS and Fox, you’ll need one or a combination of the streaming options that follow.

The easiest way to catch the AFC championship—apart from a broadcast TV antenna—is to sign up for the CBS All Access service. It costs $6 per month, but there is a one-week free trial for new subscribers. In addition to live-streaming CBS content, you’ll get on-demand access a library of the service’s original programming, including Star Trek: Discovery and The Good Fight, plus CBS broadcast series. CBS All Access has apps for iOS and Android, most streaming devices, Xbox One, and PS4.

AT&T TV Now isn’t one of our favorite streaming service, but its $65-per-month “plus” package gives you more than 65 live TV channels, including, CBS, Fox, and NBC in select areas (type in your zip code at this link to find out what’s available where you live). That includes 20 free hours of cloud DVR storage. It’s available for Chromecast, Apple TV, Amazon Fire TV, Samsung Smart TV, iOS and Android devices, and Google Chrome and Safari browsers.

FuboTV is peculiar in that its focus is primarily on sports, but it doesn’t include ESPN in its lineup. But that doesn’t matter in the final days of the NFL’s 2019 season, since you’ll need only CBS and Fox, which it does offer in select markets. You’ll also get the NFL Network for all your game analysis and highlights. The service costs $55 per month and includes a 7-day free trial. Check here to see if FuboTV carries your local broadcast station.

Over the last few years, the online streaming service Sling TV has been an increasingly valuable solution for cord cutters wanting to tune in to live sports. Unfortunately, it does not include CBS in any of its channel lineups but it has you covered for the NFC Championship as well as the Super Bowl.

The Sling Blue package gives you more than 40 channels for $20 a month. That includes NBC and Fox, but only in select markets. If you live in one of them, the Blue package will also give you access to the NFL Network, which delivers non-stop news, analysis, and other supplemental coverage during Super Bowl season.

Sling TV supports most connected TV and mobile devices. Currently, the service is offering a free Amazon Fire Stick when you pre-pay for two months or an AirTV Mini, AirTV 2, and an antenna bundle for $99 with a three-month commitment.

Hulu’s live streaming service also gets you all the channels you need to watch the NFL playoffs and Super Bowl. As with other streaming services, graphical restrictions apply but you can check availability in your area here. Hulu with Live TV includes more than 60 channels overall for $55 a month.

If you’re not fussy about watching games in real time—and have the willpower to abide a self-imposed media blackout—NFL Game Pass will give you the playoff matchups and the Super Bowl with a single subscription.

NFL Game Pass provides on-demand access to all games —including the postseason—after they air. It also gives you access to an NFL Films archive, including past episodes of classic shows like A Football Life, Hard Knocks, and America’s Game. The subscription fee has been knocked down to $50 for the rest of this season (it’s normally $100 per year), and that will give you access through July 31.

Get your gridiron on

Whichever options you choose, you’re guaranteed to have front-row seat when the NFL’s best team hoists the Lombardi Trophy in Miami.