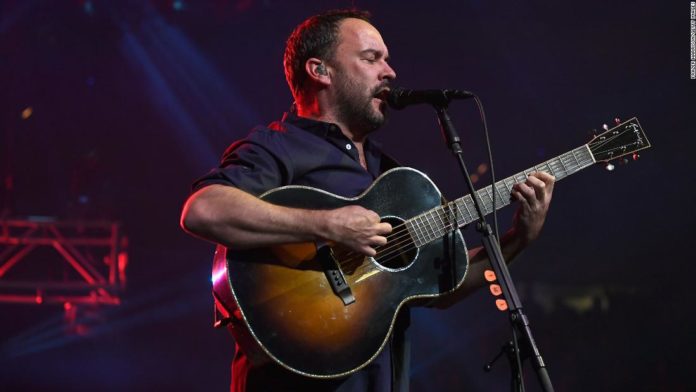 Despite dominating the official fan vote leaderboard with more than 1 million votes, the popular rock band failed to be included in this year’s list, making it the first time a top vote recipient didn’t make the cut since the fan vote was introduced in 2013.
Pat Benatar, who came in second, was also not included.
Dave fans are voicing their anger online, adding hashtags like #boycottrockhall and #robbed to their complaints over the snub.
“The Rock Hall snub just makes me feel like it doesn’t even matter what the public opinion is. That the committee felt they knew better than the fans,” said Deena Bruderick, a longtime Dave fan who personally voted for the band.
Professional wrestler Chris Jericho tweeted that the Rock Hall dropped the ball — though he used a more colorful description. To him, the Rock Hall replied, “All of our Nominees this year were more than HOF-worthy, we are proud to have had them on the ballot. Hope they will return to future ballots if not part of the official 2020 class today.”
The Dave Matthews Band put on a more gracious face.
“Congratulations to our fellow nominees that will be inducted into the Rock and Roll Hall Of Fame in 2020,” they wrote on their website. “We want to express gratitude for all of our amazing fans and their support. We reached over a million fan votes! Thank you!”
Another fan account, DMB Gorge Crew, mirrored that positivity.
“Musicians become musicians to connect people and that is exactly what Dave Matthews Band continues to do for the best fans in the world and we are all so grateful for that. We don’t need any “experts” to tell us that! Cheers to a 2020 filled with live music!” it tweeted.
Billboard music writer Joe Lynch told CNN that such a response from fans is typical of Rock Hall snubs.
“It’s a tale as old as the Rock Hall itself. They’re announced and there’s a course of people that say, ‘How can you induct this artist over this artist first?'” Lynch said.
It’s not that surprising the Dave Matthews Band wasn’t included this year, because this was the first one they became eligible for the prestigious honor, Lynch explained.
“The chances are the fans are angry now, but two or three years from now, they’ll be celebrating because [the Dave Matthews Band] will be inducted,” he predicted.
The Rock & Roll Hall of Fame induction ceremony will occur Saturday, May 2, 2020 at Public Auditorium in Cleveland, Ohio, and be broadcast live on HBO.
The Dave Matthews Band, meanwhile, is headlining BottleRock, a three-day music, wine, craft brew and culinary festival, taking place in Napa, California, later that month.
HBO and CNN share a parent company, WarnerMedia.