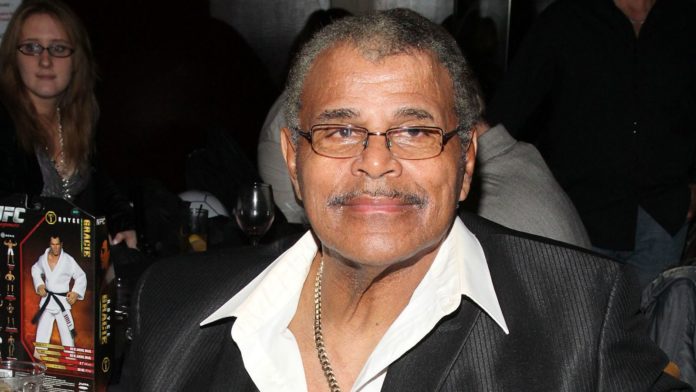 Tributes have been paid to Dwayne “The Rock” Johnson’s father and former professional wrestler Rocky Johnson, following his death aged 75.

Johnson, who was born in Nova Scotia, Canada, was a trailblazer in the ring and was the first African-American WWE tag team champion.

He was known as “Soul Man” and retired in 1991, with his son Dwayne continuing his wrestling legacy before becoming a major Hollywood star.

Dwayne Johnson, now a major Hollywood star, inducted his father into the WWE Hall of Fame in 2008.

In a statement announcing his death, WWE said it “extends its condolences to Johnson’s family, friends and fans”.

No cause of death was given.

Fans and figures from the wrestling world have been paying tribute.

Actor and retired wrestler Mick Foley tweeted: “I am so sorry to hear of the passing of the great Rocky Johnson. Always a gentleman, I always enjoyed talking with him.

“My deepest condolences to his family, friends, and the fans who loved him. A very sad day for wrestling.”

Matt Hardy, who wrestled alongside his brother Jeff as the Hardy Boyz, wrote: “Saddened to hear about the passing of Rocky Johnson.

“Rocky was always extremely friendly and kind to me every time I interacted with him over the years. My condolences and thoughts go out to his family.”

Horrible news to pass along. We just learned that Rocky Johnson passed away today at the age of 75. His accolades in this business, all the people he influenced, all his accomplishments, and we are so deeply sorry and wish his family nothing but the most love at this time pic.twitter.com/3AvzVwylPH

American wrestler Dana Brooke added: “My heart goes out to the family of @TheRock and may prayers be sent your way during this time! I am sorry for your loss!”

Johnson began his career as a wrestler in 1964 in South Ontario, and soon after legally changed his name to his “Rocky Johnson” moniker.

Alongside Tony Atlas, Johnson was one half of the first ever black WWF tag team champions.

Our thoughts and prayers are with his family. Rest In Power, Rocky ? pic.twitter.com/tnplMM5AwW

I am so sorry to hear of the passing of the great Rocky Johnson. Always a gentleman, I always enjoyed talking with him. My deepest condolences to his family, friends, and the fans who loved him. A very sad day for wrestling.#RIPRockyJohnson pic.twitter.com/4agKbOzAry

He was recruited by the World Wrestling Federation where he feuded with the likes of Greg “The Hammer” Valentine, Don Muraco and Adrian Adonis.

He also enjoyed success when he teamed up with Tony Atlas as The Soul Patrol, with the two men becoming the first African-American World Tag Team Champions in WWE history in 1983.