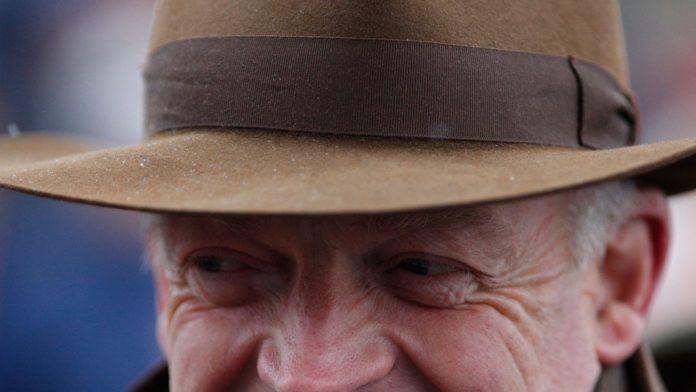 The daughter of Canford Cliffs had been due to start her career at Cheltenham earlier in the campaign, only to be balloted out having already made the trip across the Irish Sea.

Pitched in at Listed level for her second trip to Britain, Panic Attack was the 5-2 favourite in the hands of Irish champion jockey Paul Townend – and it was certainly worth the journey for both horse and jockey.

After being settled in behind the pacesetters for much of the extended two-mile contest, the four-year-old travelled powerfully to the lead early in the home straight before powering clear of her toiling rivals.

Panic Attack passed the post 10 lengths clear without being asked for maximum effort, with fellow Irish challenger The Getaway Star filling the runner-up spot under Tom Queally, who will forever be linked with the great Frankel.