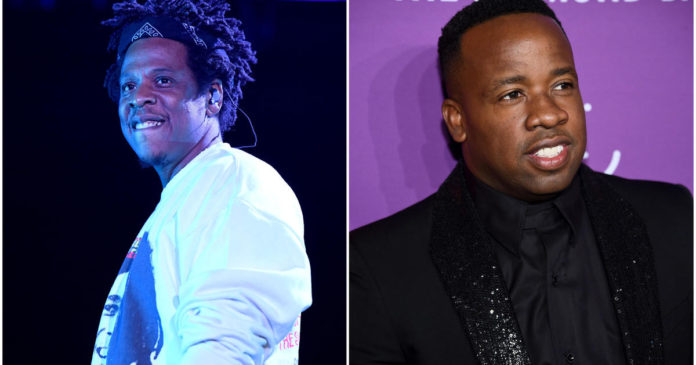 Rappers Yo Gotti and Jay-Z have teamed up to bring legal action against the Mississippi Department of Corrections after five prisoners died violently in the state’s troubled prison system in the past month. In his first interview since the lawsuit was filed, Yo Gotti told CBS News he will be holding a prison reform rally in Mississippi next week in support of the inmates.

CBSN has confirmed members of Yo Gotti’s team will be in attendance and spearheading the rally.

The pair helped file a federal lawsuit against the commissioner of the Mississippi Corrections Department, Pelicia E. Hall, and the superintendent of the Mississippi State Penitentiary, Marshall Turner, on behalf of more than two dozen inmates. The suit claims people are dying because the state “has failed to fund its prisons.” Critics say a shortage of guard staff has left the facilities vulnerable to rampant violence and gang activity.

When asked about the government’s role in the condition of the prisons, Yo Gotti, whose real name is Mario Mims, told CBSN that “it’s a lack of responsibility.”

“Everybody is still human. They can’t live in inhumane conditions,” Yo Gotti said. “Some people are awaiting trial, some people can’t afford bonds. I don’t think it’s their fault.”

On January 9, Team Roc wrote a letter to the governor’s office and Hall, expressing that if “immediate steps” weren’t taken to address the problem, the team was “prepared to pursue all potential avenues to obtain relief for the people living in Mississippi’s prisons and their families.”

The letter called the prison deaths “predictable — and entirely preventable — consequences of Mississippi’s utter disregard for the people it has incarcerated.”

According to the lawsuit, prisons in the state do not even provide basic necessities, such as a place to sleep. Inmates are allegedly forced to live amid flooding, overflows of raw sewage, black mold, rat infestations and lack of running water and electricity.