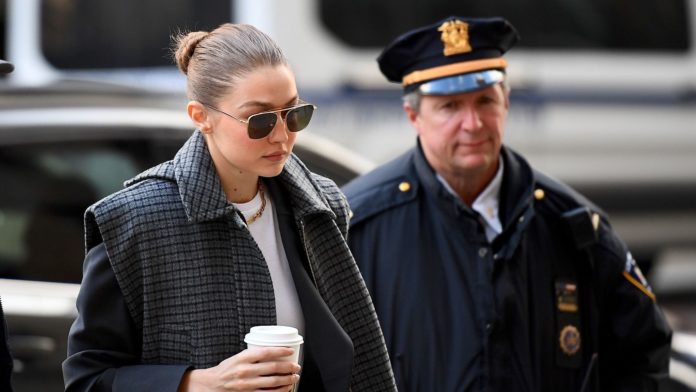 Supermodel Gigi Hadid will not be one of the jurors in Harvey Weinstein’s trial after she was cut from the list.

Hadid had been seen going in and out of the courthouse in New York as it was revealed she was on the list of potential jurors.

She has told the judge she felt she would keep an “open mind” but admitted she had previously met actress Salma Hayek, who is a potential witness in the trial.

Hadid, 24, returned for questioning on Thursday and court officials confirmed she was dismissed.

Defence and prosecution lawyers in the case agreed having her on the jury would cause too much of a commotion.

The list of potential jurors has been narrowed down ahead of the trial, with opening statement scheduled on 22 January. The panel will include 12 jurors and six alternates.

Weinstein, 67, is accused of raping a woman in a Manhattan hotel room in 2013 and sexually assaulting another in 2006.

He has said any sexual activity has been consensual.

If convicted he could face life in prison.

The movie mogul has appeared frail during the start of proceedings, entering the court using a walking frame, which his lawyers say he needs following back surgery.

Weinstein’s lawyers are attempting to have the trial moved out of New York City, citing “flash mob” protests in the streets, which have been so loud the chants can be heard 15 storeys up in the court room.

There have also been large numbers of reporters and photographers.

The trial is expected to last until early March.