Home Sport Villa closing in on deal for Samatta 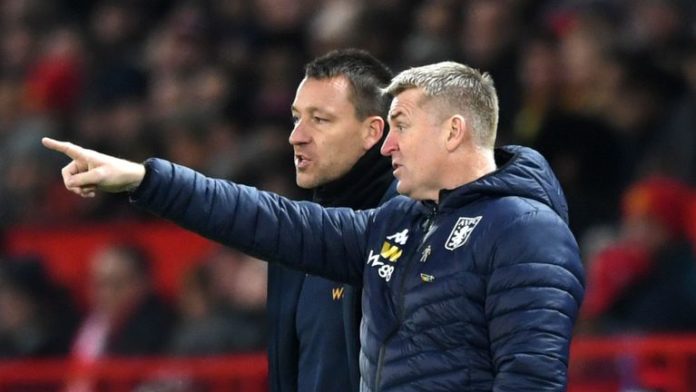 Aston Villa are closing in on a deal for Genk striker Mbwana Samatta, Sky Sports News can confirm.

It is thought no deal has been struck yet with the Belgium club as negotiations continue.

Galatasaray, Brighton and Watford also looked at Samatta, who is believed to have a £10.5m release clause.

With Wesley out for the rest of the season, Villa have made signing a new forward their top priority during the transfer window.

The club played without a recognised striker in the 6-1 defeat to Manchester City on Sunday, a result that leaves Villa 18th in the Premier League table ahead of Saturday’s trip to Brighton.

Villa boss Dean Smith admitted on Thursday the club are looking to sign “a couple” of strikers this month.

“Suso (Villa sporting director Jesus García Pitarch) is working very hard every day. Whether we’ll have one in for Saturday I’m not so sure yet. We’re getting closer.

“The powers that be are working very hard so we can get a centre forward on the pitch.

“I’m calm and confident that we’ll get players in. That’s for sure. We’ve got big games coming, if we don’t get one in by Saturday it will be the third game in a row without a recognised striker.

“We have to make sure we do the best without that but hoping we can get one through.

“Pretty much strikers because there’s a necessity there. With Wesley getting injured and Keinan [Davis] being out it’s an area we need to strengthen massively. We’re looking for a couple.”