Home Culture Steve Miller opens up about how “Fly Like An Eagle” became a... 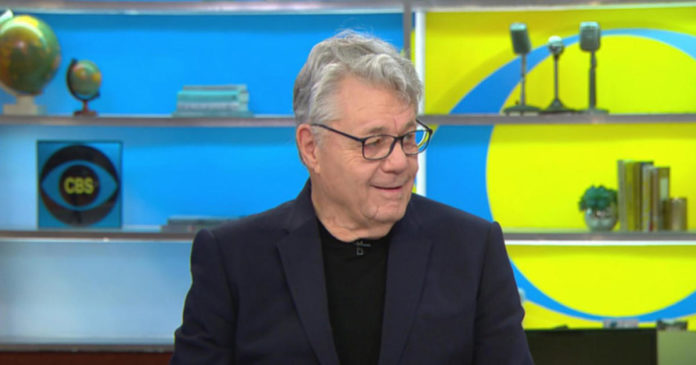 Music legend Steve Miller’s decades-long career has now earned him a place in the Songwriters Hall of Fame. He revealed what went into the creation of one of his biggest hits after the honors were announced on “CBS This Morning.”

Miller’s hit song “Fly Like An Eagle,” which was released in 1976 and spent nearly five months on the Billboard Hot 100, went through three different versions, he told “CBS This Morning” co-host Anthony Mason.

“We worked on it for years,” he said. “We were kind of like a jam band. We would play like about five hours a night, and it was about 20 minutes long.”

Traces of “Fly Like An Eagle” first appeared in the 1960s, when Miller played a bit to Paul McCartney while they were working on another familiar tune, “My Dark Hour.”

“It grew over a period of time,” Miller said. But what made the song such a hit?

“Well, there were a lot of things about it,” he said. “It was a song about poverty and poor people and people who had been discriminated against. It was a political song embedded in a beautiful piece of floating, very interesting music.”

He noted the special effects and the technical elements that made the song stand out.

“It had wind, and it had Echoplex guitars, and it had all these different things, and it took a long time to get it all together … when we used to play it live, we always had a mirror ball, and it felt really groovy, you know, and we had to put the synth on it,” he said.

Miller said he and the band had to keep working on it until they got it together.

The legend also shared that his song “Rock’n Me” was originally written for a festival he was set to play with Pink Floyd.

Without a band together, Miller called on few musical friends: Doug “Cosmo” Clifford, the drummer for Creedence Clearwater Revival at the time, Les Dudek, a member of Boz Scaggs’ band, and bassist Lonnie Turner. Miller said they practiced the song in a living room before debuting it to a crowd of 120,000.

The icon also revealed his years-long work on “Fly Like An Eagle” didn’t end in the ’70s. He has two versions of the song in his latest project, The Vault, including one he said has different lyrics and chorus.

Read all of this year’s inductees to the Songwriters Hall of Fame, which were revealed first on “CBS This Morning.”