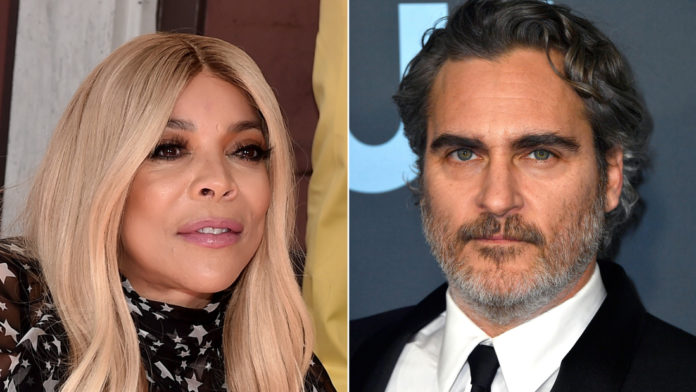 The daytime talk show host ran afoul of some parents and activists after recent comments she made regarding a scar on actor Joaquin Phoenix’s lip.
While discussing the Golden Globes during her January 7 show, Williams told her show’s audience she finds Phoenix — who won a best actor Golden Globe for his “Joker” performance — “oddly attractive.”
“When he shaves off his mustache, he’s got a hairline fracture,” Williams said. “He’s got one of those, what do you call it, cleft lip, cleft palate.”
Williams pulled her top lip up over her teeth to demonstrate the look of a cleft.
According to the Centers for Disease Control and Prevention, both a cleft lip and a cleft palate “are birth defects that occur when a baby’s lip or mouth do not form properly during pregnancy. Together, these birth defects commonly are called ‘orofacial clefts.'”
Canadian football player Adam Bighill was one of several people who criticized Williams on social media and repeatedly called for Williams to apologize.
On Wednesday he tweeted a photo of him holding his son, Beau.
“Today is Beau’s big day. He is getting his lip repaired today in Winnipeg by the fantastic Dr. Ross,” Bighill wrote. “Thanks to everyone who has reached out, and in advance, thanks for any of your well wishes for Beau. He is so loved!”
Williams responded to the tweet, writing “@Bighill44 We’re thinking about Beau today as he is in surgery.”
“I want to apologize to the cleft community and in Beau’s honor, our show is donating to @operationsmile and @AmerCleftPalate and encourage our Wendy Watchers to learn more and help support the cleft community,” she wrote.
Bighill responded, tweeting, “Thank you @WendyWilliams for your apology, your donation, and for thinking of Beau today for his surgery. I forgive you, and I encourage others to as well. I wish you all the best.”
Phoenix has never said he had a cleft lip or palate.
In a Vanity Fair profile published in October, it was reported that his lip scar was “not a surgically fixed cleft, he says, but a nonsurgical scar he was born with.”
CNN has reached out to reps for Phoenix for comment.