Home World With Help from Pigeon Feathers, This Robot Takes to the Sky

If flying is for the birds, then where better to look for aerodynamic inspiration than to birds themselves?

A group of researchers at Stanford University this week unveiled findings from a study that mimicked pigeons’ wing design in a new flying robot. Nature’s aerial acrobats, it turns out, can teach humans a thing or two about airborne travel.

“My dream is to develop robots that fly as well as birds, and this is a major step forward,” said David Lentink, assistant professor of mechanical engineering at Stanford, in remarks provided to media before the paper’s release. Lentink was among the authors of the study, published Thursday in Science Robotics, that outlined the team’s development of a “biohybrid aerial robot platform.”

Otherwise known simply as “PigeonBot,” the winged device incorporated real pigeon feathers and was modeled after birds’ skeletal structures and feather movements. Video by the team shows researchers remotely controlling the robot’s wings — which were built to bend at about the same places as where real birds have “wrist” and “finger” joints — and guiding the bot through graceful turns as it glided through the air.

“We uncovered how birds are able to fluidly morph their wings in a surprisingly simple fashion,” Lentink said, noting the research offered evidence that birds can control their flight using just one of their joints.

Besides possibly spurring other engineers to create new wing designs, Lentink said the research also had other potential applications, including crafting wings that could fly more safely through turbulence. The findings could also advance scientists’ understanding of feather evolution, he said. 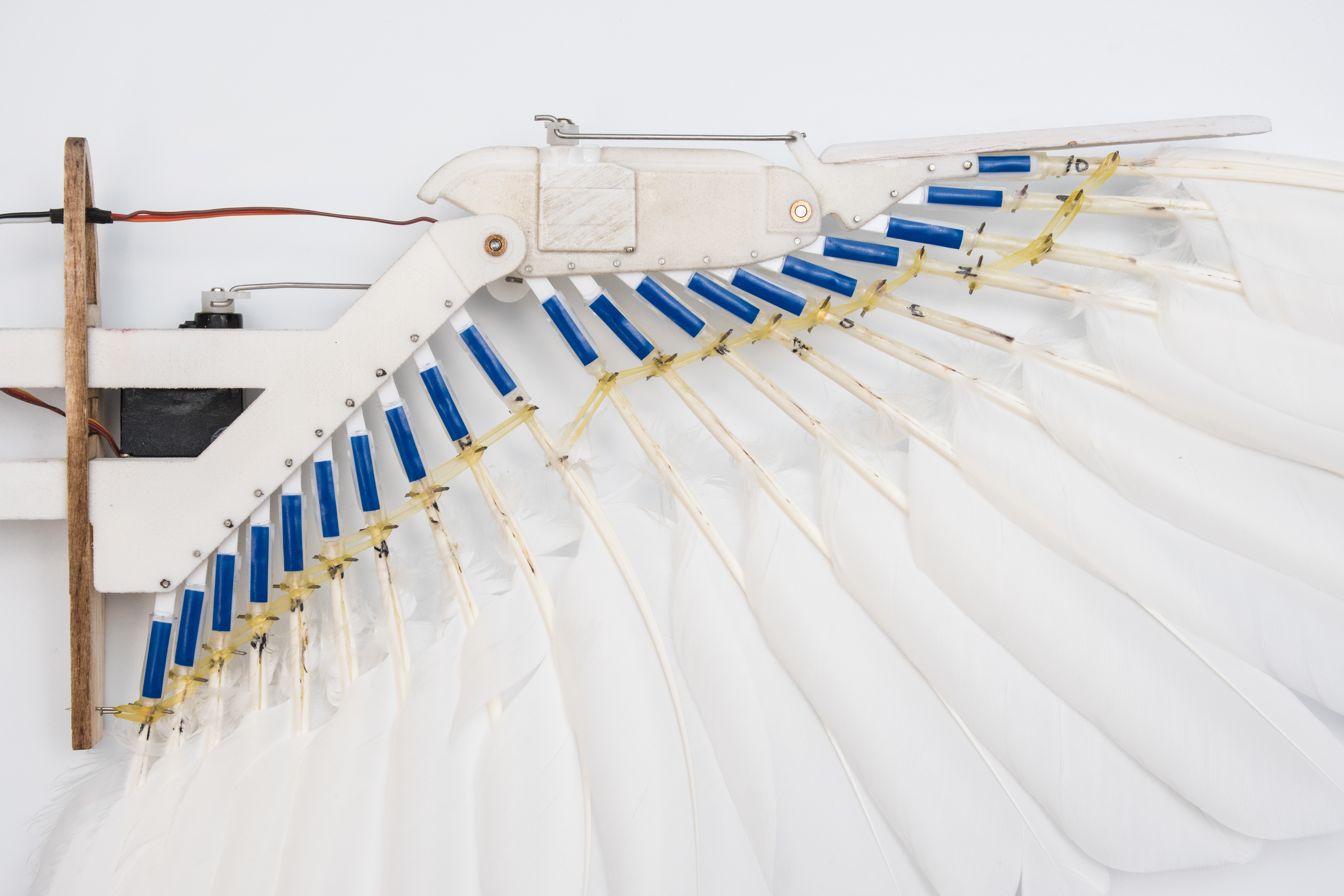 Close up of the PigeonBot wing, made of real feathers linked by elastic ligaments to synthetic wrists and fingers. (Credit: Lentink Lab / Stanford University)

In building his pigeon-inspired robot, Lentink said he purposely zeroed in on a bird species known not as much for its graceful flight and more for its ability to fly in less-than-ideal conditions. “I chose the common pigeon,” he said, “a bird that I admire for its flight abilities in gusts and turbulence in cities, a wind environment in which aerial robots struggle.”

In the future, though, he’s suggested expanding his research to include as many as about 10,000 bird species — a sampling pool that he’s said could expand knowledge of feather biomechanics and lead to other applications. 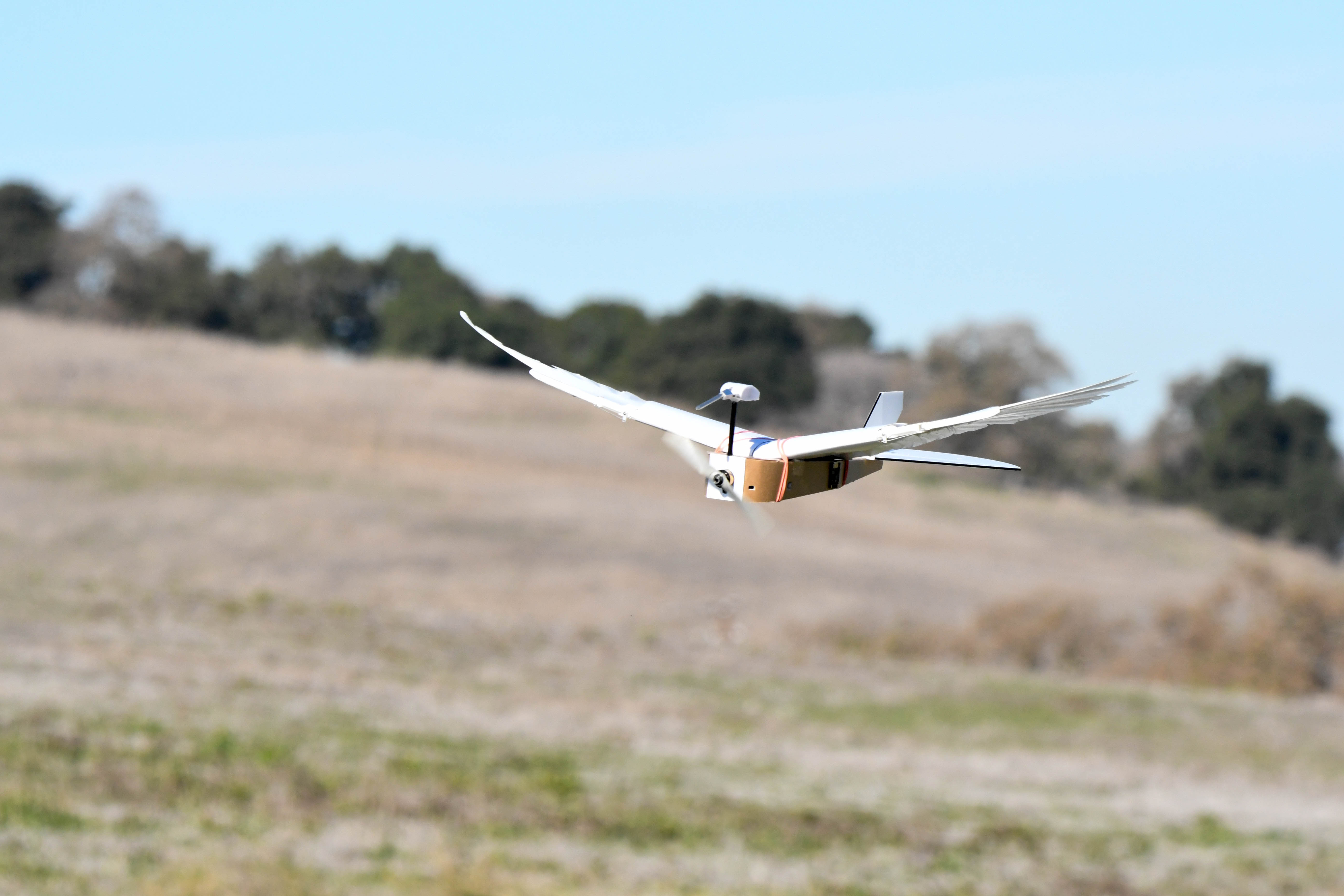 But, for now, a set of wings modeled on the humble pigeon represents a step — er, flap — in that direction.

“Since the Wright brothers, aerospace engineers have tried to create wings that can change shape, or morph, as well as birds can morph their wings,” said Lentink. “We present a major step forward with the first biohybrid morphing wing under robotic control that can morph like a bird.”