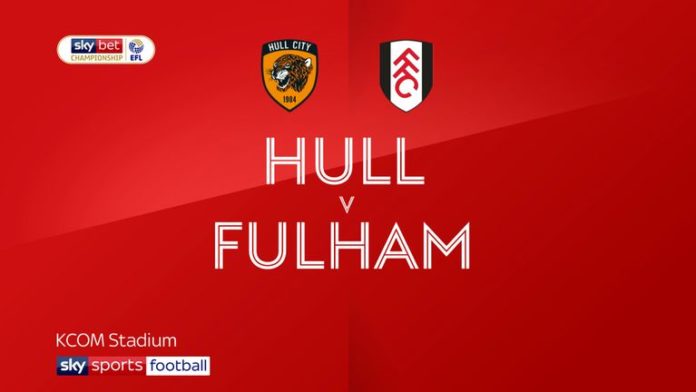 Watch live on Sky Sports Football from 7pm on Friday; kick-off is at 7.45pm

Fulham will be without striker Aleksandar Mitrovic. Their leading goalscorer sustained ankle ligament damage in last Saturday’s 1-0 win at Hull, and now faces up to three weeks on the sidelines.

Defender Steven Sessegnon remains doubtful with a groin problem he picked up at the end of last month, while midfielder Harrison Reed (calf) will also be assessed. Manager Scott Parker has added goalkeeper Jordan Archer to his roster, with the Scotland international likely to be pushing for a place on the bench as cover for Marek Rodak.

Boro boss Jonathan Woodgate goes into the game without a number of key players through injury. Woodgate confirmed this week that striker Britt Assombalonga suffered a setback in training in his bid to return from an ankle issue that has kept him out since early December.

Woodgate has also revealed defender Daniel Ayala will miss another four weeks with an ankle problem sustained in the New Year’s Day win at Preston. Boro are also without three other defenders in Ryan Shotton, Anfernee Dijksteel (both knee) and George Friend (ankle).

Fulham have won two of their three games in 2020. They were beaten at home by Reading on New Year’s Day in the Championship, but bounced back to beat Aston Villa at Craven Cottage in the FA Cup, then won at Hull last Saturday.

Middlesbrough won at Preston on New Year’s Day, then drew at home to Derby last Saturday. Either side of their Championship clash against the Rams they held Tottenham to a 1-1 draw in their FA Cup third-round tie, before losing the replay at the Premier League ground 2-1 on Tuesday night.

Fulham’s Scott Parker: “They grew into the game and gave themselves a fighting chance against a very good side in Spurs.

“They’re coming off a very good run, I think they’re unbeaten in four or five in the division. Middlesbrough have some athletes in their team, so we’ll need to be aware of that. It’ll be another tough game for us.”

Middlesbrough’s Jonathan Woodgate: “It was imperative we started winning games and we did that. It takes time. We weren’t far away from getting results, and there were times when we didn’t get what we deserved.

“Training hasn’t changed at all. Our intensity hasn’t changed. Nor has our belief in how we want to do things or how we want to play the game. But we’ve still got to improve and we can’t get complacent. Because if you do you know what happens, and hopefully that won’t happen with my team.”

Jonathan Woodgate spoke to Sky Sports about how his plan for Middlesbrough is starting to come to fruition. Read the full interview below.

How Woodgate’s plan started coming together

Fulham are winless in their last two home league games against Middlesbrough (D1 L1) since winning 4-3 in April 2015.

Middlesbrough have won none of their last four matches against Fulham in all competitions (D2 L2) since a 2-0 victory in the Championship back in February 2016.

Middlesbrough striker Ashley Fletcher has scored in each of his last two away league games – he had scored only once in his previous 10 away games this season.

Since his debut in February 2018, Fulham’s injured striker Aleksandar Mitrovic has scored 35 per cent of the Cottagers’ goals in all competitions (41 of 116).

Since losing 4-0 at Leeds in November, Middlesbrough have taken more points than any other Championship side (W5 D2 L1 – 17 points).

The door is starting to open for Fulham. West Brom and Leeds are dropping points and now they need to go on a run to really put that pressure on.

This would have been a much easier-looking game a couple of months ago, but Middlesbrough have improved magnificently under Jonathan Woodgate. They will fancy their chances, but I fancy Fulham to sneak it.