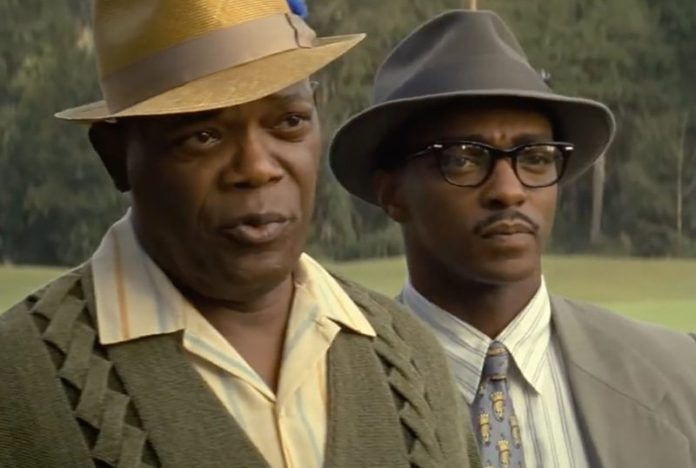 After The Banker was pulled ahead of the AFI Fest last year and its theatrical release was postponed, Apple has set the drama for a March 6 release in theaters before the movie arrives on Apple TV+ on March 20, Deadline has confirmed.

The movie, starring Samuel L. Jackson and Anthony Mackie, faced controversy after Cynthia Garrett, sister to Bernard Garrett Jr. portrayed by Mackie in the film, alleged that her brother had “molested both she and her sister when they were children.” Bernard Garrett’s name was removed as a co-producer after the allegations came to light. Additionally, the outlet shares that Cynthia Garrett was reportedly upset that her mother was also excluded from the movie. The new release date was set following Apple’s conclusion of its investigation of the sexual misconduct allegations; a statement from Apple revealed that Bernard Garrett Jr. “will not profit from the release of the film in any form” (via TheWrap).

The Banker is a drama based on the true story of two African American entrepreneurs, Bernard Garrett (Mackie) and Joe Morris (Jackson), who during the 1950’s tried to circumvent the racial limitations of the era and take on the establishment by recruiting a working-class white man, Matt Steiner (Nicholas Hoult) and training him to pose as the head of their business empire while they posed as a janitor and a chauffeur. Bernard’s wife Eunice (Nia Long), plays a key role in setting up the enterprise. Garrett and Morris become two of the wealthiest and most successful real estate owners in the country with Steiner as their frontman, but their success brings about unforeseen risk of exposure that threatens everything.

The film is being directed by George Nolfi (The Adjustment Bureau) on a script by Nicole R. Levy (Cloak & Dagger), David Lewis Smith, Stan Younger, and Nolfi based on a story from Smith, Younger and Brad Kane (Black Sails).