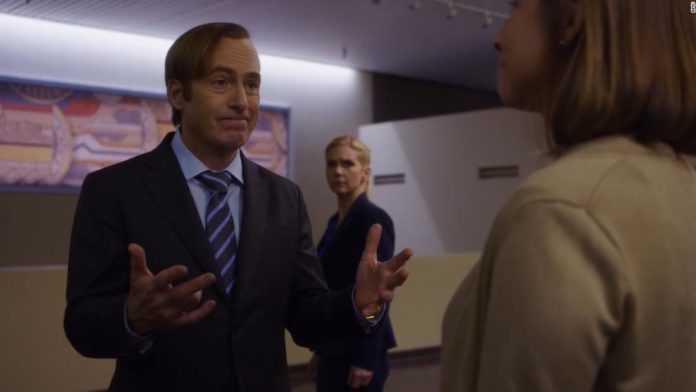 The network on Thursday announced the critically acclaimed series starring Bob Odenkirk will end with its sixth season.
The final season will be comprised of 13 episodes and go into production later this year and air in 2021.
The fifth season of “Better Call Saul” is set to premiere over two nights beginning February 23.
“From day one of ‘Better Call Saul’ my dream was to tell the complete story of our complicated and compromised hero, Jimmy McGill — now AMC and Sony are making that dream come true,” said showrunner and executive producer Peter Gould in a statement. “We couldn’t be more grateful to the fans and critics who are making this journey possible. Next month we start work on the sixth and final season — we’re going to do our damnedest to stick the landing.”
“Better Call Saul” began its life on AMC in 2015 as a highly anticipated spin-off prequel to Emmy-winning “Breaking Bad.” Though it began its life in the shadow of its mothership series, it didn’t take long for the show to stand as a success in its own right.
“Better Call Saul” received a Peabody Award in 2018, and, over four seasons, earned 32 Emmy Award nominations and three Golden Globe Award nominations.
“Greenlighting a prequel to one of the most iconic series in television history is one of the boldest swings that AMC has ever taken. But, thanks to the creative genius of Vince Gilligan and Peter Gould, it has also been one of the most rewarding,” said Sarah Barnett, president of AMC Networks Entertainment Group and AMC Studios in a statement.
Gilligan created both “Breaking Bad” and “Better Call Saul.”
The series is produced by Sony Pictures Television and, in addition to Odenkirk, stars Jonathan Banks, Rhea Seehorn, Patrick Fabian, Michael Mando, Tony Dalton and Giancarlo Esposito.
Rumors of the show’s impending conclusion began last year, but AMC did not confirm them at the time.

French police officers suspended after a video emerges of them beating...

China slaps duties of up to 212% on Australian wine imports

This Mini Cooper is built to race. No, really

Britain’s final Brexit choice could prolong the worst recession in 300...