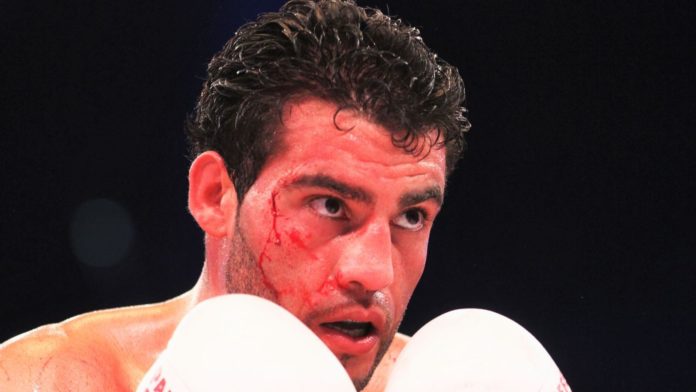 Manuel Charr is yet to defend the WBA ‘regular’ heavyweight title, but the forgotten champion has recently hinted that his two-year absence could almost be over…

Britain’s Anthony Joshua regained the WBA ‘super’ title, along with the IBF and WBO straps in last month’s rematch win over Andy Ruiz Jr, but another version of the WBA belt has resided in Germany since November 2017.

Charr, a Syrian with the extravagant nickname of ‘Diamond Boy’, is hoping to finally resume a career that has been stagnant since the moment he defeated Alexander Ustinov on points to start his WBA reign.

In a recent Instagram post from a training trip to Tirol, he wrote: “We are about to tell you where my next fight will take place!

“Just like you want me to get back in the ring and present my performance as reigning world champion, I have no bigger wish!”

The Cologne-based 35-year-old has resided in the shadows, while fellow champions such as Joshua and Deontay Wilder soak up the spotlight.

Charr’s lengthy exile has been partly caused by promotional wrangles, along with a suspension for an adverse VADA drug test, which was later lifted by the WBA.

Having been allowed to return, Charr was ordered to take a rescheduled bout against Fres Oquendo, a Puerto Rican challenger in his 40s, only for the fight to fall through again.

Further frustration would lie ahead for Charr as American Trevor Bryan, the WBA ‘interim’ champion, was lined up as his next opponent.

A dramatic poster was drawn up, complete with a tentative date, but talks with Bryan’s veteran promoter Don King are yet to yield a fight.

Elusive foes are nothing new to Charr, who once posed for face-off pictures with David Haye in another bout that did not receive the opening bell.

He endured further time away from ring after surviving a shooting in 2015, which required emergency surgery that had left his future in doubt.

Charr, like an abandoned king, has called in vain for battles, even announcing that he was being considered as a challenger for Joshua last year.

Fellow Brit Dillian Whyte recently named Charr on a shortlist for 2020, telling Sky Sports: “That’s a great fight. Charr would be a good one.”

Advancing years and inactivity could have receded any lingering hopes of a big-name victory for Charr, a brave loser in brutal fights against Vitali Klitschko and Alexander Povetkin.

But Charr wrote: “If you understand the rules of the world, then you also understand the goal of success: 1) no excuses 2) never give up 3) you are stronger than you think 4) we all leave nothing but our stories. Make yours an extraordinary story!”

A fight of any sorts is another chapter – and it could well start soon.