Home Sport Bernal and Thomas to lead Ineos at Tour 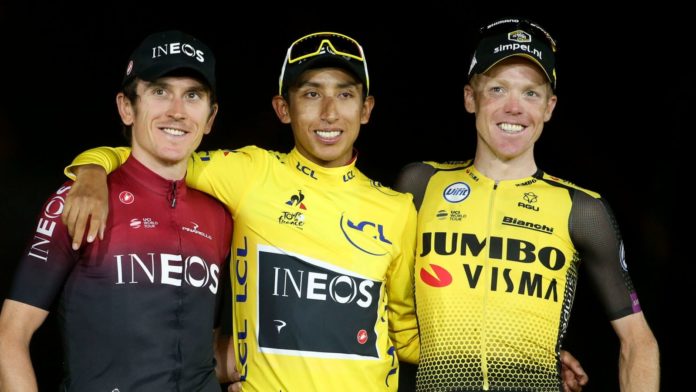 Froome missed the race last year after a crash in training for the Criterium du Dauphine, fracturing his femur, hip, elbow and sternum, but is now back in training.

In his absence, Colombian Bernal, then 22, became the youngest winner in more than 100 years, with Thomas, the 2018 champion, in second place.

In a social media post, Brailsford said they were planning around Bernal and Thomas as co-leaders on the Tour.

“You pencil in your plans at this time of year, but you always know that things can change in the sport,” Brailsford said.

Team INEOS Team Principal Sir Dave Brailsford has been speaking ahead of the start of the 2020 season.

Listen to his thoughts on the upcoming season, the team’s Grand Tour aspirations and a special message for Team INEOS fans. pic.twitter.com/JlLfZvmG0K

“As it stands at this moment in time, we are looking at Richard (Carapaz) going to race the Giro and try and retain his title there, and then for Geraint and Egan to take on the challenge of, and focus on, the Tour.”

Froome is training at a camp in Gran Canaria and is desperate to have the chance to try for a fifth Tour de France title and match Jacques Anquetil, Eddy Merckx, Bernard Hinault and Miguel Indurain.

“Of course, Chris (Froome) coming back, he’s still really craving that big fifth win and he’s working very, very hard to get back to the level required to be competitive,” Brailsford said. “That’s what we are working on and that’s where we are at now. It’s a good position to be in.”