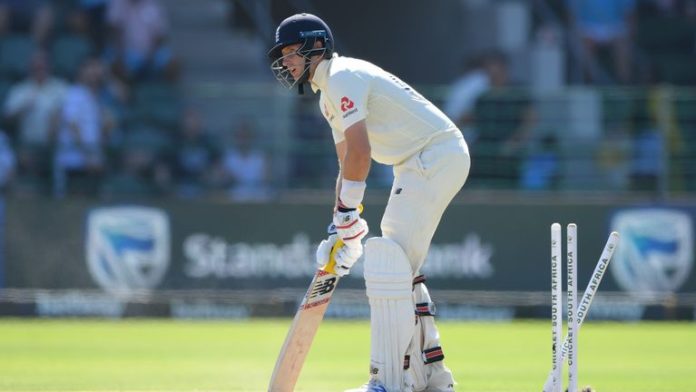 Kagiso Rabada has been banned for the final Test of England’s tour of South Africa for his celebration after dismissing Joe Root on Thursday.

The paceman bowled the England captain for 27 on day one of the third Test in Port Elizabeth and celebrated the wicket vociferously in front of Root.

The ICC judged Rabada’s actions to be a breach of their code of conduct and have fined him 15 per cent of his match fee and handed him one demerit point.

That takes the 24-year-old to four demerit points in a 24-month period, resulting in a one-Test ban.

He committed three similar offences in 2018, penalised for his reactions to India’s Shikhar Dhawan and Australian pair David Warner and Steve Smith.

The latter incident was initially deemed to be more serious, with Rabada found guilty of making deliberate and inappropriate physical contact with the then Australia captain.

He successfully overturned that verdict on appeal, instead charged with a lesser offence, but was left on a disciplinary tightrope that meant his next breach would lead to suspension.

Rabada’s absence will be a blow to South Africa, with the series set to be decided by the fourth Test in Johannesburg, which starts on Friday, January 24, live on Sky Sports.

The Proteas won the first Test at Centurion before England levelled the series in Cape Town, with Rabada taking 12 wickets across the two matches.