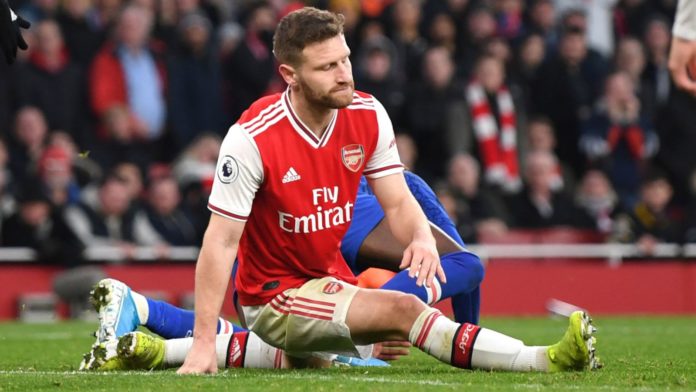 Shkodran Mustafi admits the defensive mistakes he has made at Arsenal “affected” him as he prepares for a first-team recall.

Mustafi finds himself back in contention for the Gunners after a January transfer window departure seemed a certainty for the Germany international.

The centre-back had been told by former boss Unai Emery he was surplus to requirements and started just one Premier League game this season, but a long injury list means his name is back in the frame for new manager Mikel Arteta.

Arteta has told Mustafi he now has a clean slate and the defender is keen to put his previous on-field errors behind him.

“When you win all your tackles, when you win everything on the pitch but then make one mistake that you’re punished for, it destroys everything that you did before. This is something that makes this position so hard.

“It affects you, too. After the game of course you’re disappointed because nobody is happy making mistakes, but when I made a mistake and we conceded a goal from it I would go into the dressing room and I’d be disappointed to let my team-mates down. This is the first thing.