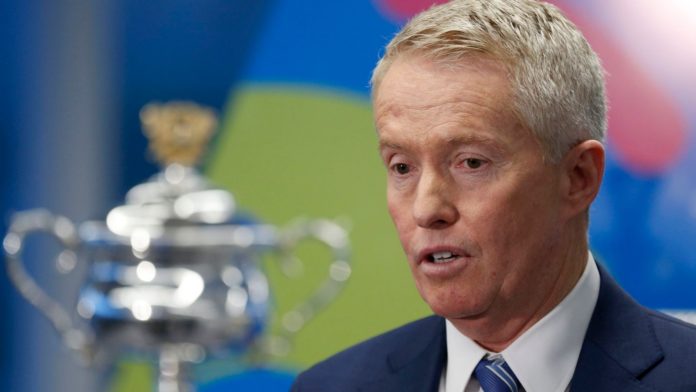 Tournament director Craig Tiley insisted poor air quality in Melbourne is not a threat to the Australian Open being completed on schedule.

A number of players were furious at being asked to compete in smoky conditions during qualifying as the bushfires that have devastated parts of the country made their presence felt.

Tiley stressed the decisions that have been made have been based on advice from medical experts and the Environment Protection Authority and following consultation with other sports.

He insisted the threshold the tournament has settled on beyond which play is deemed too hazardous is lower than at other events, including the Olympics and WTA tournaments.

Organisers have installed a monitoring device that records air quality every four minutes, while Tiley said players have received two emails with information about the situation.

We care deeply about the players. Absolutely we understand the anger.

He said: “We’ve said all along, and I’ll repeat it again, their safety, their well-being, their health, is of priority to us, as it is with our staff and our fans.

“We’ve done the best we can in communicating with the tours. One thing I can say is this is about trusting the medical advice and the scientific advice.

“We care deeply about the players. Absolutely we understand the anger. A lot of it comes in the confusion and the complexity of understanding what goes on. We’ve invited the players to come in at any time and have a conversation.”

There is every possibility of the smoke returning at some point during the main tournament, which begins on Monday, with speculation the tournament may even be cancelled because of the issue, but Tiley maintained that, as far as possible, it will be business as usual.

American Nicole Gibbs, who failed to make the main draw after being beaten by Britain’s Harriet Dart, has also spoken of her concerns about competing in poor air quality at the tournament.

The 26-year-old missed two months of the season last summer after a visit to the dentist resulted in a diagnosis of cancer of the salivary gland. She needed a feeding tube for several weeks but has since made a full recovery.

“Maybe I’m a little more paranoid than I would have been a year ago,” said Gibbs.

“I do have a macro sense of my health that maybe I didn’t have before. I think we all feel a little bit immortal, we’re all young and professional athletes, take really great care of our bodies, so you don’t really think anything can happen to you.

“But just having that reality check definitely makes me a little bit more sensitive.”