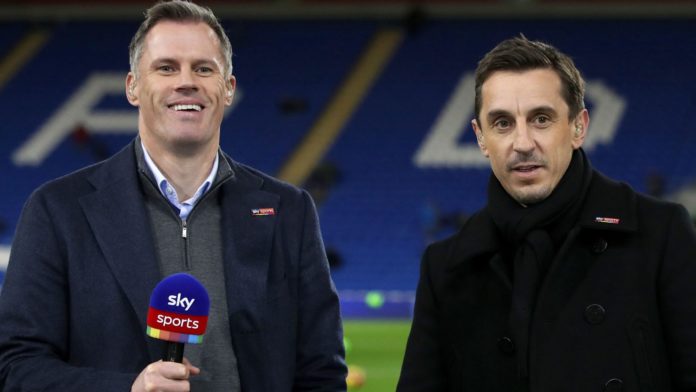 Keane will join David Jones in the Renault Super Sunday studio, alongside Graeme Souness and Patrice Evra, while Neville and Carragher are on co-commentary with Martin Tyler.

With the show starting at 1pm – Burnley are hosting Leicester before the Anfield game – Neville and Carragher will be offering their pre-match thoughts from pitchside before the game kicks of at 4.30pm.

Following the match, Neville and Carragher will be collecting all of the post-match reaction alongside Geoff Shreeves, while Keane, Souness and Evra will discuss the big talking points in the Renault Super Sunday studio.

There will also be a Gary Neville podcast available on Sky Sports digital platforms shortly after full-time, as well as free Premier League match highlights.

Liverpool vs Manchester United is live on Super Sunday from 4pm; kick-off 4.30pm.