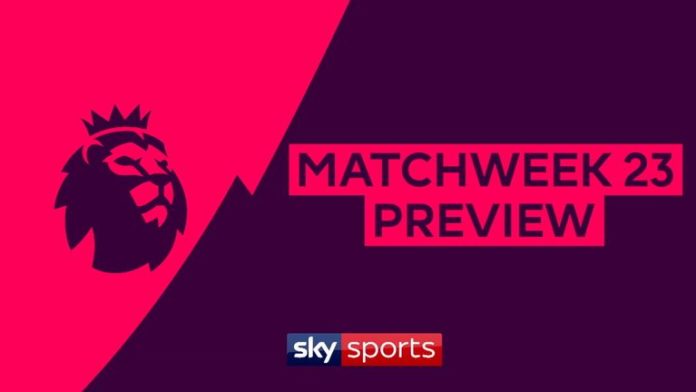 Watch match highlights at 5.15pm on Saturday on skysports.com and the Sky Sports app

Team news, key stats and prediction ahead of Norwich vs Bournemouth in the Premier League on Saturday (kick-off 3pm).

Norwich are set to call on Teemu Pukki again with the striker set to return after recovering from the thigh injury that has kept him out since New Year’s Day.

Grant Hanley could also return after overcoming illness, while Ben Godfrey’s knee injury will be assessed ahead of the clash with Bournemouth.

Finally, new signings Lukas Rupp and Ondrej Duda are in contention to feature against the Cherries.

Bournemouth are still without Josh King and Jack Stacey, who are both absent with hamstring injuries.

However, goalkeeper Aaron Ramsdale could be fit to feature, having missed his side’s defeat to Watford because of a minor hamstring problem.

Follow the action with our dedicated live blog. Highlights of the game will be published at 5.15pm on Saturday on the Sky Sports website and app plus the Sky Sports Football YouTube channel.

This is the game I quite like watching too as it will be exactly that. Who is confident enough to get on the ball? Who will make the difference? Who will make a mistake? Eddie Howe needs to get the balance right of attack and scoring goals but Bournemouth need to stop conceding.

Norwich are in a must-win scenario where they sit eight points off with 16 games to go. Norwich will go after it, so we may get an open game of football. Bournemouth need something from it, a win may close the gap and lift the whole camp, for either side. I see tension, I see many mistakes, but I see this being a game with goals galore. This result will not help Norwich.

Super 6: Honours Even at Carrow Road?

Although many have not gone for the spectacular 3-3 draw like Charlie, one in three Super 6 players believe these two sides will cancel each other out, but will you be daring and back the three points either way? Play here for free.