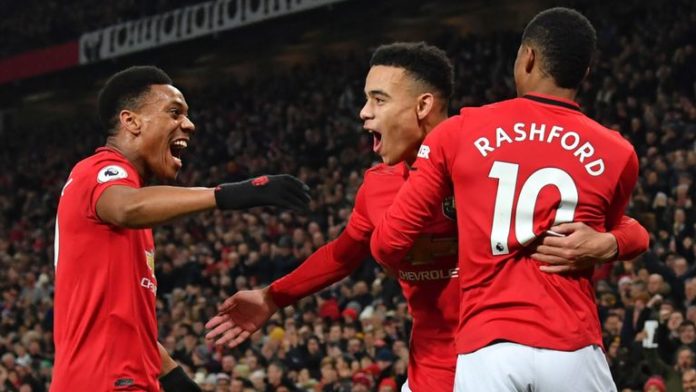 Manchester United manager Ole Gunnar Solskjaer says he has “no safety fears” ahead of the trip to Anfield on Sunday.

Speaking at his news conference ahead of the game, Solskjaer responded to a question regarding safety after reports Liverpool fans were planning to welcome the team bus as it approached the ground.

“No safety fears,” said Solskjaer. “Of course they want to try to intimidate us but as long as it’s within the boundaries.

“I’ve sat in a coach into Europe or Anfield and whatever they are shouting and screaming at you, you don’t really notice. That’s just part and parcel of these big games.”

Liverpool fans often line the streets to provide a noisy and colourful welcome for the home team, but the club and Merseyside police are keen to avoid a repeat of the scenes which marred the build-up to the Champions League quarter-final tie against Manchester City in April 2018.

Objects were thrown at the City coach as it made its way towards the ground, causing substantial damage.

Merseyside Police addressed the issue in a statement on Friday: “Merseyside Police is working with Liverpool FC and Manchester United ahead of their Premier League match at Anfield on Sunday 19 January 2020 to ensure fans of both clubs have a safe and enjoyable afternoon.”

Chief Superintendent Matt Boyle said: “As with any match, a comprehensive and appropriate policing operation has been put in place ahead of Sunday’s game and we have liaised with both clubs and their supporter groups.

“We are working to ensure this game can be enjoyed safely by all as well as minimising any disruption to local residents and roads.

“As with all Premier League fixtures at Anfield, we will have officers on duty at the ground, both uniformed and plain clothed, supported by mobile CCTV, provided by Liverpool City Council, and specialist resources including the Dog Section, mounted police and the National Police Air Service.”

“We will also have a city centre policing plan in place throughout the day. This is standard procedure.

“We know that this will be a busy operation and we hope that fans attending the match will act as ambassadors for their clubs.

“As usual we would ask fans with tickets to arrive at the ground as early as possible. Fans without tickets should not attend at all; they will not be allowed entry into the stadium.”