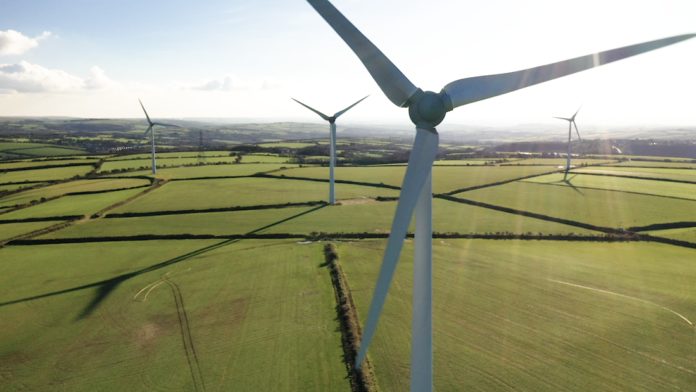 The policy could put the United Kingdom in pole position to help shape the climate change debate, as the world’s fifth-largest economy, with a willingness to put forward a hard target as a global benchmark that others are following.
The European Union this week unveiled plans for a $1 trillion fund over 10 years as part of its European Green deal to hit net-zero emissions over the same timeline.

The UK, perhaps more than any other country in the world, was built on coal. It fueled the industrial revolution and powered the railroads and ships that allowed the British empire to expand into what is a $3 trillion economy.
Nearly 40 percent of the country’s electricity still comes from fossil fuels like coal, oil and natural gas — the latter makes up the largest share (36 percent) of the UK’s total energy mix and offers a lower-carbon option to displace coal.
But burning hydrocarbons increases carbon dioxide levels in the atmosphere, which contributes to climate change. Setting a firm target provides industry with a three-decade-long roadmap to build its business plans around.
“I think it helps drive innovation and will give us opportunities to develop new technologies that we will be able to export. I also think it gives people hope,” said Baroness Brown of Cambridge, the deputy chair of the UK’s Committee on Climate Change — which advises the government and recommended the 2050 target.
Last year, for the first time since Queen Victoria sat on the throne, Britain generated electricity for two weeks without burning coal. It was a symbolic milestone on the path to greener growth. Here’s another one: In the third quarter of 2019, renewables generated more electricity than fossil fuels, followed by nuclear power.

Aberdeen in Scotland’s northeast is to trying to embrace the transition from hydrocarbons to renewables.
Over a half century ago, oil and gas deposits were discovered in the North Sea, transforming the city to this day.
Sir Ian Wood was born into a fishing family; his father had a small ship-repairing business and it still owns the largest fish processing plant in the area. After a visit to America’s oil-rich state of Texas, Sir Ian founded the Wood Group, a multinational oil and gas services company.
Aberdeen became known as the oil capital of Europe, producing at its peak 2.8 million barrels a day, in a similar league to Arab producers such as Kuwait.
But the 2015-2016 oil price crash served as a wake-up call for Aberdeen, with 100,000 job cuts in the sector, and prompted the billionaire Sir Ian to chair Opportunity North East — a public-private partnership to foster renewable energy development.
Workers that toiled away on oil and gas rigs are being redeployed to work on offshore wind platforms off the Scottish coast.
Read: The world’s largest offshore wind farm is nearly complete
“Floating structures offshore, we know everything about. It’s a vital part of the oil and gas production,” said Sir Ian. “That’s going to be a real challenge in wind and the present people involved in wind haven’t experienced that. There will be a lot of good crossovers.”
Depleted oil and gas fields will be used for what is called carbon capture and storage (CCS) — removing carbon dioxide produced by oil and gas production and by industry, and storing it in empty reservoirs for later use.
Britain can lead this kind of innovation, and the country is setting an example by having a higher percentage of wind power in its energy mix than any other major economy.
“If you want to try anywhere in the world with offshore wind or CCS, go do it in the North Sea. It should be the exemplar of everyone in the world to see how it works,” said Professor Dieter Helm of Oxford University and author of “Burn Out: The endgame for fossil fuels.”
That is exactly what is happening — but industry is facing increasing pressure to move faster, with a growing public belief that net zero by 2050 may not ambitious enough to reverse climate change.