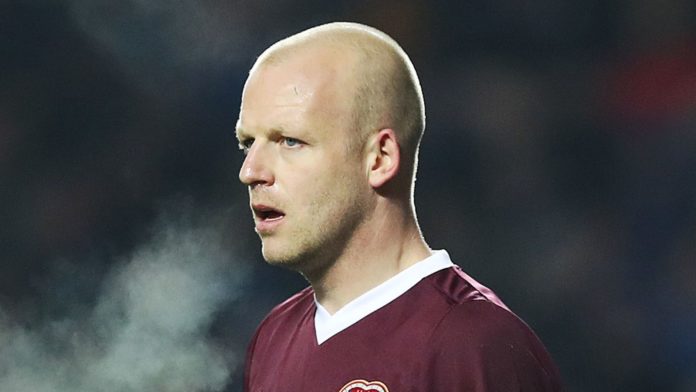 Hearts have named Steven Naismith as the new club captain.

Manager Daniel Stendel picked the 33-year-old Scotland forward to be his leader with John Souttar vice-captain.

His appointment comes after previous captain Christophe Berra was told earlier this month he can leave the club. Berra said he was “hurt and angry” with the decision.

Naismith signed a four-year contract with Hearts in August last year having previously been on loan at Tynecastle.

But he has been part of a squad that has struggled this season with the club bottom of the Scottish Premiership.

Speaking to the heartsfc.co.uk about his new role, he said: “I’m delighted that the manager has decided to make me club captain.

“It’s a big thing for me but the bigger thing is that results need to change and change quickly.

“I’ll be proud to lead this team out and with a dressing room full of motivated players, and the tremendous backing from the fans, I’m confident we can turn this situation around and get back to winning games.”