Home Sport No rush with Thistlecrack 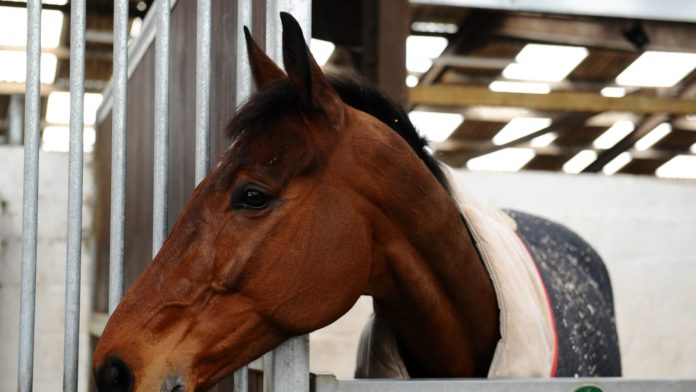 Thistlecrack will not be rushed back into action as the problem which forced him to miss the King George VI Chase still holds him up.

Winner of the Christmas highlight at Kempton in 2016, Colin Tizzard’s star turned 12 on New Year’s Day and is in the veteran stage of his illustrious career.

The leading staying hurdler of his generation before having his attentions switched to fences, a series of setbacks have prevented him really reaching the heights which once looked likely – not forgetting he won the King George as a novice.

“He didn’t go to the King George because he had a hot foot, but nothing developed out of that,” Tizzard told Sky Sports Racing.

“He’s still slightly lame, well, he’s fine when he walks but nods when he trots a little bit, so we’ll just look after him for a while.

“We’re definitely not going to abuse him because he’s been a fantastic horse.

“If he comes right he can have a spring campaign and if he doesn’t then we’ll have to decide.”