Home Culture Why The Neptunes knew they needed to be “polarizing” 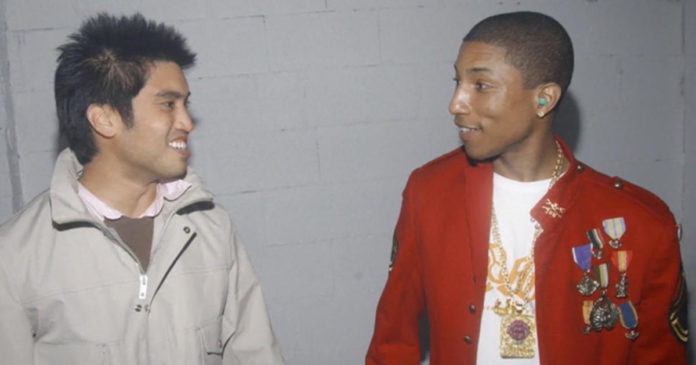 Pharrell Williams and Chad Hugo, professionally known as The Neptunes, credit each other for the success they’ve had. The two were announced Thursday as 2020 inductees into the Songwriters Hall of Frame.

Williams has always been the front man of the duo with Hugo as his mostly silent partner. But Williams said he “learned so much” from Hugo.

“He showed me how to play the chords I really liked,” Williams said. “He’s literally the guy that like, can pick up any instrument and play anything.”

Hugo interjected, saying, “vocals and lyrics and chords and musical arrangements. This guy,” referring to Williams.

The two were teenagers when they met in band class in Virginia and started making music in Hugo’s parents’ house. Then, at a talent show, they were spotted by producer Teddy Riley, who took them under his wing.

The Neptunes recalled some of the biggest turning points for them, including producing “Superthug,” the number one rap song that got the duo noticed when it was released in 1998. After that, Jay-Z worked with them on “I Just Wanna Love U,” and other doors began to open.

“We were introduced to Justin (Timberlake) by Jay-Z,” Williams said. “It’s the craziest things.”

They produced and co-wrote much of Timberlake’s debut solo album.

“Jay-Z introducing us to Justin, that’s what got us in the studio with Britney Spears,” Williams said.

The Neptunes, who wrote “I’m A Slave 4 U,” helped Spears escape her girl-next-door image.

“We didn’t know that we were creating a sound or starting anything. We just knew, because we were influenced by so many different things, we knew we needed to be just as different and polarizing,” Williams said. “We could not take that crazy, random — what seemed like random at the time — opportunity and just sound like someone else.”

The Neptunes are working together again, recording this week in Miami’s Criteria Studios with rising rap star, Megan Thee Stallion, and other major projects are rumored to be in the works.

Both Williams said they couldn’t talk about what they’re working on. “Only because, you know, we want to be respectful,” Williams said.

Asked if they have a favorite of the songs they’re written, Williams said, “It changes for me all the time.”

“I like when something comes on and it feels inherently different than anything that came before it,” Williams added.