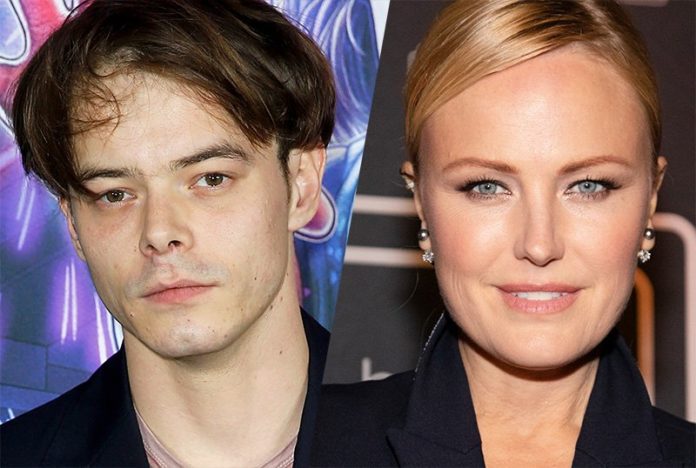 AMC has added four new cast members to join in their upcoming new series titled Soulmates which hails from Black Mirror writer Will Bridges. Stranger Things star Charlie Heaton and Malin Akerman (Billions) have signed on along with Betsy Brandt (Breaking Bad) and JJ Feild (Turn) to star in the six-part episodic anthology drama that will explore the nature of romantic love. They will be joining the previously announced cast that includes Sarah Snook (Succession), David Costabile (Breaking Bad, Billions) and Sonya Cassidy (Lodge 49).

Soulmates will be taking place 15 years from now when science makes a discovery that changes the lives of everyone on the planet – a way to find your soul mate. The series uses the sci-fi conceit to tell six provocative stories about the cost of finding true love, all different in tone and featuring a spectrum of people and relationships.

Heaton and Akerman will star together in one of the episodes, portraying the roles of Kurt and Martha. Heaton’s character is described as a big-hearted man, who is lost after the discovery that his soulmate is dead and finds faith and opportunity in the arms of a church, which helps those whose soulmates have already passed on. While Akerman’s Martha is a character who has bounced from bad relationship to bad relationship but is now putting her trust in the test and the same church.

In a later episode, Brandt will play Caitlin, a push-over who, after discovering her soulmate, starts to finally stand up for herself. Joining Brandt are Feild as Nathan, who has a dark side and decides to share it when he meets his match Caitlin; and Tom Goodman-Hill, as Doug, Caitlin’s dependable and dependably unromantic boyfriend.

Executive producers/writers/creators Bridges and Brett Goldstein previously created the short film “For Life,” which serves as the basis for this original series. In a first-ever format for AMC, each of the six episodes will feature a different cast and explore an entirely new story around discovering (or opting not to discover) the results of this new test and the impact of those results on a myriad of relationships.

The series is a production by AMC Studios which is slated for a 2020 debut.

(Photo by Dominik Bindl/WireImage and Kimberly White via Getty Images)