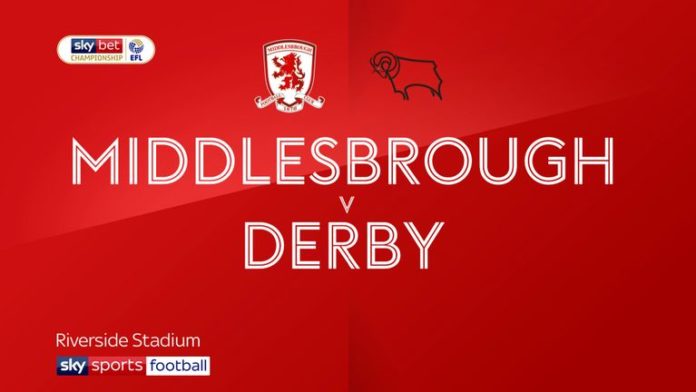 “The club shall argue that the very bringing of the charges itself is unlawful,” Derby said in statement

Derby Country have said they will “strongly contest” a charge by the EFL for breaching Profitability and Sustainability rules.

The charge relates to the purchase of the club’s Pride Park Stadium by one of owner Mel Morris’ other companies before it was leased back to the football club.

The dispute is based on the valuation of Pride Park. Derby’s independent property consultant valued the stadium at £80m, which was the purchase price they used, which meant Derby posted profits last year of almost £15m.

An independent property consultant later employed by the EFL valued the stadium much lower than that £80m figure.

An EFL statement said: “Following a review of Derby County’s Profitability and Sustainability (P&S) submissions, the EFL has charged the club for recording losses in excess of the permitted amounts provided for in EFL regulations for the three-year period ending 30 June 2018.”

Derby issued a statement of their own on Friday, which said: “As a matter of law, the EFL is not entitled to bring either of the charges, having previously agreed to all of the arrangements surrounding the stadium sale and never having raised the issue of player amortisation before. The club shall argue that the very bringing of the charges itself is unlawful.

“At all times, the club has acted transparently with the EFL in its submissions for both [Financial Fair Play]/P&S and, in respect of the charges above, had received written approval for all of its submissions in respect of this legislation. No allegation has been raised to the contrary by the EFL. Rather, the EFL now claims that it made a “mistake”.

“The Stadium was valued by professional valuers immediately prior to the transaction. The transaction and valuation were discussed extensively with the EFL Executive, which asked for a relatively modest price adjustment which was accepted.

“The valuation report was prepared by a highly reputable and professional and independent firm, with industry experience, who had valued the stadium on two prior occasions, one in 2007, and one in 2013.

“The club discussed the rationale for the stadium sale with the EFL Executive, ahead of the transaction, supplied and discussed the valuation, and bar a small adjustment in respect of its FFP/P&S submissions, the club was given written approval.

“With regard to the club’s player amortisation policy, this has been a long-term accounting policy and was again reported transparently to the EFL Executive as part of the club’s submissions and these were again approved and signed off in writing.”

Derby said “written approval from the EFL is the only basis on which a club can be assured it has complied”, and added: “These charges by the EFL Executive bring this fundamental aspect of governance into question. The EFL now claims it made a mistake and seeks to punish the club that relied on the EFL’s approval. Such conduct is neither lawful nor fair.

“The EFL can choose to correct what they now see as an error in their decisions. However, it cannot punish the club for its own errors. The club shall therefore vigorously contest the charges and the EFL’s legal right to bring them.”