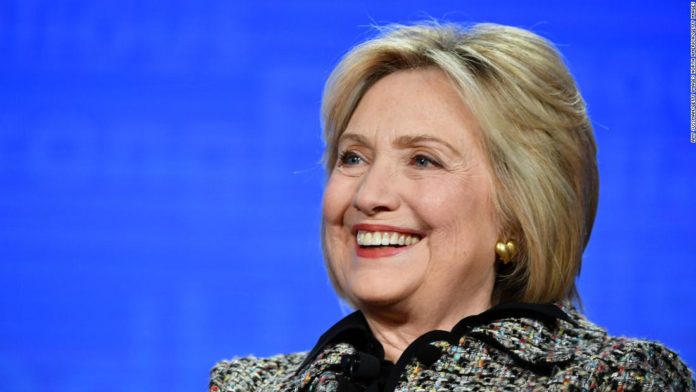 In “Hillary,” director Nanette Burstein sat down with Clinton for 35 hours and culled together more than 1,700 hours of behind-the-scenes footage for an intimate portrait of the one-time Democratic presidential candidate.
The docuseries covers several periods of Clinton’s life, from her upbringing and years in law school to public scandals and her campaign.
“There was nothing off limits,” Clinton said at the Television Critics Association press tour on Friday.
The docuseries premieres March 6. With the project dropping in the thick of the search for 2020’s Democratic candidate, Clinton said she hopes that it highlights the fact that, “this is an election that will have such profound impact.”
“So take your vote seriously,” she said. “And for the democratic voters, try to vote for the person you think is most likely to win — because at the end of the day, that is what will matter. And not just the popular vote — but the electoral college.”
The statement earned Clinton a laugh from the audience.
“I want people to take their vote really, really seriously. Because Lord knows what will happen if we don’t retire the current incumbent and his henchmen, as Nancy Pelosi so well described them,” she said.
Clinton has yet to issue an endorsement for any candidates currently in the running for the Democratic nomination.