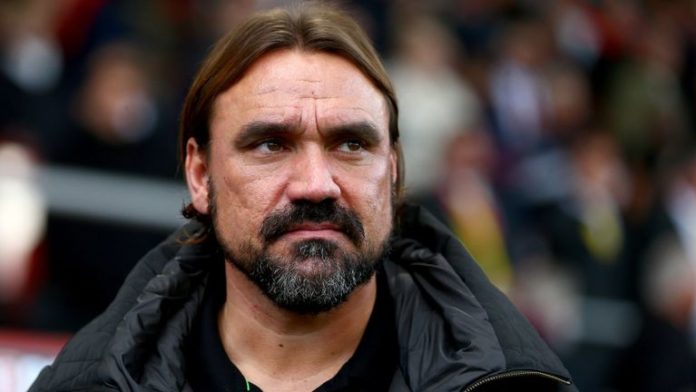 “We definitely have a chance,” says Canaries boss ahead of Bournemouth’s Premier League visit to Carrow Road on Saturday

Farke’s side are eight points from safety at the bottom of the table, and are without a victory since November.

They host second-bottom Bournemouth this weekend, who are also looking for their first win of 2020.

Farke said: “In order to be allowed to stay in this league, we need probably to win seven out of our last 16 games – we know this. So it’s a huge task, but a task we want to fulfil. Because we’ve still got the chance, without any doubt.

“I can remember just a few years ago when Sunderland was able to beat the top sides in the Premier League and were able to close a big gap and it was a big surprise.

“It proves that in football, everything is possible. Our situation is, at the moment of course, difficult, but because there are 16 games to go, [it’s] definitely better and easier than Sunderland a few years ago.

“And for that, it means we definitely have a chance and we’re working on our little miracle, that’s for sure.”

Norwich have brought in two signings so far in January – midfielders Lukus Rupp from Hoffenheim and Hertha Berlin’s Ondrej Duda.

Farke added: “It means that each and every player has to deliver during training to impress the coach to be picked. And it means we have to take some unbelievable and tough, perhaps even strict and strange, decisions when you regard the quality of the players we also have.

“Sometimes when you bring a lot of quality in, it’s exactly the situation we need to do to give ourselves a chance in order to work on this miracle, and because we have that responsibility to try everything.

“We know we are the underdog and it would be really a little miracle if we can stay in this league, but I think also our task is to work our socks off. If it doesn’t work then we accept this.”