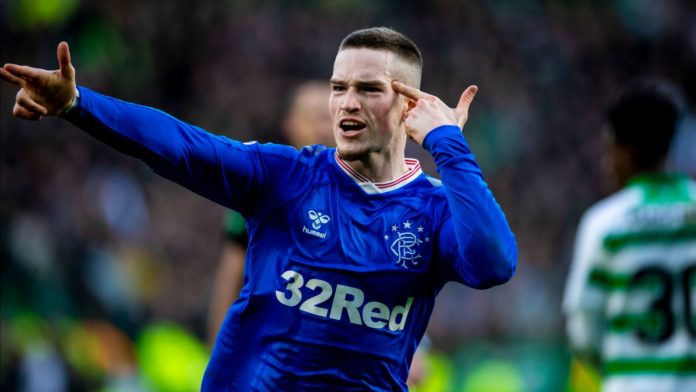 Rangers have been hit with two charges by the Scottish Football Association in relation to Premiership matches against Celtic and Hibernian last month.

Both Rangers and Hibs have been given notices of complaint by the SFA for failing to “conduct themselves in an orderly fashion” following a clash on the touchline between staff members in the visitors’ 3-0 win in Edinburgh on December 20.

Another charge for Rangers takes into account Ryan Kent’s goal celebration, Alfredo Morelos’s gesture after being sent off and Michael Beale’s subsequent confrontation with the Hoops bench in the Gers’ 2-1 win in the Old Firm derby at Celtic Park on December 29.

The Rangers bench were involved in altercations with their Celtic and Hibs counterparts, with Beale and fellow coach Tom Culshaw also charged individually with misconduct for the incidents at Parkhead and Easter Road respectively.

Hibs’ assistant head coach John Potter has also been charged individually over the incident at Easter Road which saw the benches clash following Ryan Porteous’s sending off for a reckless tackle on Borna Barisic.

Rangers and Hibs have been charged under Disciplinary Rule 204, which states: “All clubs and recognised football bodies shall procure that its officials, team staff, employees and players conduct themselves in an orderly fashion at all times during and/or after a match.

“In particular, clubs and recognised football bodies are responsible for ensuring that its officials, team staff, employees and players refrain from any one or a combination of the following: (a) becoming involved in a confrontation (b) conduct that is likely to lead to or to exacerbate or prolong a hostile or argumentative situation with players and/or team staff from the opposing team and/or match officials (c) conduct that may otherwise incite disorder.”

The principal hearing date for these charges will be February 6.