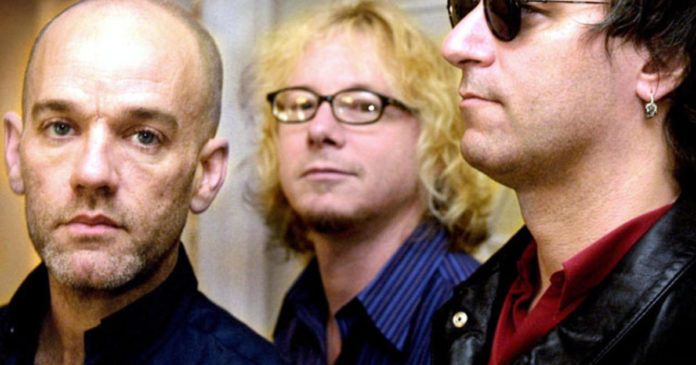 As R.E.M. threatens legal action to stop President Donald Trump from playing its classic hit songs at campaign rallies, the iconic band joins other musicians who have objected to their work serving as backdrops for politicians. Legal experts say artists do have a say in how their music is used, but getting their day in court can be costly and take years to pursue.

“It’s winnable in a lot of these situations — it just takes time and money,” Gary Adelman, an attorney with Adelman Matz in New York, told CBS MoneyWatch. “I’ve been dealing with this issue for years, and to my knowledge almost anyone who has gotten a cease-and-desist letter obeys it.”

Unless the artist has specific provisions written into their contracts, music publishers and record companies tend to control licensing rights to recorded music, according to Peter Anderson, a partner at law firm Davis Wright Tremaine. But musicians still have sway, and while legal battles can take time, winning in the court of public opinion can come more swiftly, the lawyer explained.

“One of the things politicians know about is it doesn’t help to get sued by a popular musician,” he said, adding that he is aware of two cases involving Republican candidates in which courts sided with the songwriters’ demands to stop using their music.

One dispute involved singer-songwriter Jackson Browne, who successfully sued Sen. John McCain and the Republican Party over the use of his song “Running on Empty” in a 2008 campaign ad.

R.E.M.’s long-running displeasure at supplying the soundtrack for Mr. Trump’s campaign stops resurfaced this week after two of the group’s tunes were blasted at rallies in Milwaukee, Wisconsin: “Everybody Hurts” and “Losing My Religion.”

That prompted bassist Mike Mills to take to social media to declare the band to be “exploring all legal avenues to prevent this.” Mills also tweeted: “If that’s not possible please know we do not condone the use of our music by this fraud and con man.”

The legal route can be cumbersome, as getting a judge to approve an immediate injunction only works in some cases. Taking a candidate to court can result in cases that last well beyond a political campaign, or even a politician’s term in office, according to lawyers with expertise in the music industry. On the other hand, as Adelman pointed out, a legal warning in the form of a cease-and-desist letter often does the trick.

“If the campaign uses music without the proper licenses, it could very well be a copyright violation,” said music attorney Cassandra Sprangler.Sprangler, adding that “copyright lawsuits can be incredibly expensive and time consuming.”

What the law allows

In general, political campaigns are in compliance with with copyright laws so long as they get a public performance license from organizations like Broadcast Music Inc. or the American Society of Composers, Authors and Publishers (ASCAP). Songwriters and record labels typically sign blanket licensing agreements giving sports arenas and other venues the right to play their music.

“It has become increasingly significant for political candidates in the public spotlight to conduct their campaigns in compliance with copyright law,” the ASCAP stated in offering guidelines on using music for political campaigns. “Recent controversy over unauthorized music use has created unwanted negative publicity for candidates that want to do the right thing but many times require clarification on their legal obligations relating to music use.”

That said, once a campaign videotapes or publicizes it outside the arena, additional permissions are needed for it to be legal. Case in point: Twitter last February pulled a video shared by Mr. Trump that played R.E.M.’s “Everybody Hurts” over a video mocking Democrats, reportedly after being contacted by a lawyer for Universal Music Publishing Group.

Beyond copyright violations, there are other legal grounds for R.E.M. and other bands could pursue.

If an artist is concerned that their music has been associated with a political campaign, he or she may be able to take legal action even if the campaign has the appropriate performance licenses, according to ASCAP. Such claims could be based on the idea of false endorsement, where use of the work “implies that the artist supports a product or candidate,” it said.

“End of the world” for the brand?

Mr. Trump is such a divisive figure that R.E.M. could make a strong legal argument that his campaign’s use of the band’s music at the president’s rallies damages its brand, Adelman told CBS MoneyWatch. “If R.E.M. came to me, I think I’d have a good shot at getting Trump to stop.”

R.E.M.’s objection to the Trump campaign’s use of its music goes back to 2015, when the then-candidate strode onto stage to their 1987 hit “It’s the End of the World as We Know It (And I Feel Fine).” But the band isn’t only one to spar with the president’s campaign.

Rihanna’s performing rights company, BMI, in 2018 removed the pop singer’s music from the blanket “political entities license” agreement that gave the Trump campaign the right to play her songs at events and rallies. BMI made its move after a Washington Post reporter tweeted that Rihanna’s “Don’t Stop the Music” was blaring in a stadium as campaign aides threw free T-shirts into the crowd. “Not for much longer,” the artist tweeted. “Me nor my people would ever be at or around one of those tragic rallies.”

When the campaign again played the song at another rally a few days later, Rihanna’s attorneys sent Mr. Trump’s team a cease-and-desist letter, saying its “unauthorized use” of her music created a false impression that she was somehow associated with the president, Rolling Stone reported at the time.

Attorneys for Pharrell Williams also sent the president a cease-and-desist letter in 2018 after reports that Williams’s hit song “Happy” was played at an event hours after 11 people were shot to death at a synagogue in Pittsburgh.