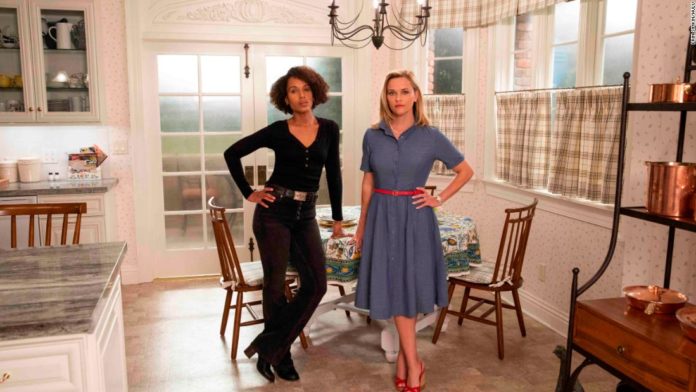 That, of course, is inevitable with a cast that includes Reese Witherspoon and Kerry Washington.
But the first trailer, which was released on Friday, has bolstered anticipation for the drama, which premieres in March.
On the show, Witherspoon and Washington team up in roles that have them exploring two different sides of life in a town set in Ohio and the common ground of motherhood.
Those familiar with the Celeste Ng book on which it is based, however, know the tale has many more layers than that, making for an intriguing ride.
Witherspoon and Washington are both executive producers on the show, which was created by Liz Tigelaar.
Witherspoon, who also produced HBO’s Emmy-winning “Big Little Lies,” said she’d been searching for a project to partner with Washington on for “a long time.” The book’s complex themes demanded a partner who could both handle that material with the care it demanded and someone who could deliver a powerful on-screen performance.
“My first instinct is who’s actually gonna show up and do the work? Because this is a lot of work,” Witherspoon said. “[Washington] brings a grace to it, an intellectual aspect to it, and she deepens the conversation. And I knew that I wanted to go on this journey with her, especially because she read it so quickly and responded so quickly to the role.”
The show debuts March 18.