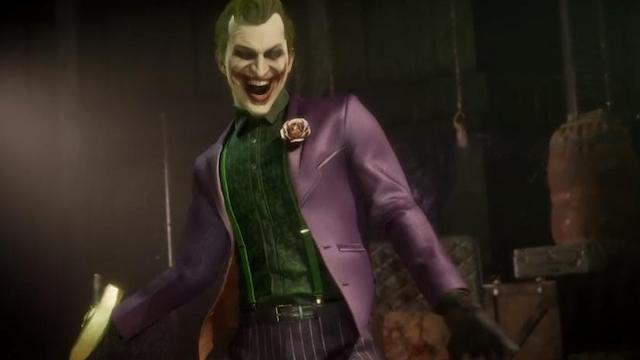 Months after his initial reveal, the Joker is finally ready to enter the Mortal Kombat 11 arena. NetherRealm Studios has released a new Joker gameplay trailer which reveals that the Clown Prince of Crime will debut on January 28 for Early Access subscribers. Everyone else can add Joker to their line-up a week later, on February 4.

Joker’s fighting style is different from his previous appearances in Mortal Kombat vs. DC Universe and Injustice 2. Along with a plethora of punches and kicks, Joker utilizes his “wonderful toys.” These include a Batman ventriloquist doll that can shoot bullets and rockets, an explosive Jack-In-the-Box, a pair of extending boxing gloves, and his sharpened cane.

As for his voice. Richard Epcar will portray the Joker in the game. He also voiced Joker in Injustice 2 and the DC Super Friends series.

The trailer showcases Joker’s brutal style, particularly when it comes to his combos and X-Ray moves. As for his Fatality, it starts off like a Friendship AND becomes something much, much bloodier.

In addition to Joker, a new Mortal Kombat 11 skin pack will also arrive on January 28. The DC Elseworlds Skin Pack offers alternative costumes featuring Scarecrow, Killer Croc and Catwoman. For example, Geras will also receive a special Darkseid skin with the surname “Time Lord of Apokolips.” Fans can see these at the trailer’s conclusion.

Joker is the fifth character to join Mortal Kombat 11’s downloadable content pack. Previously, fan favorites like Shang Tsung, Sindel, and Nightwolf were released, along with the T-800 from Terminator: Dark Fate. The final kombatant, Todd McFarlane’s Spawn, is set to debut this spring.

What do you think about the Joker’s MK 11 gameplay trailer? Let us know in the comments below!