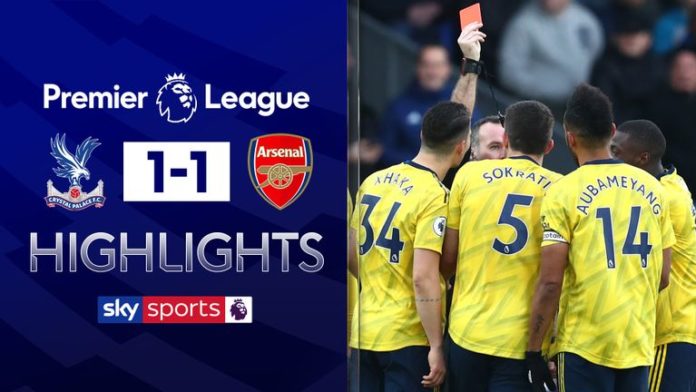 It has been an eventful start to life at Arsenal for Nicolas Pepe.

Signed last summer for a club-record £72m from Lille, the Ivorian has already seen a managerial change at the Emirates Stadium, while he has been part of a squad that has come under scrutiny for their domestic performances.

Arsenal host Sheffield United at the Emirates Stadium on Saturday, four points and four places below their opponents.

Pepe arrived in North London in the hope of inspiring Arsenal to a return to the Champions League next season, but the side are currently languishing 11 points adrift of Chelsea.

Shkodran Mustafi admitted this week that the defensive mistakes he has made at Arsenal have “affected” him. Pepe has not given up hope of finishing in the top four – but there is now very little margin for error.

“It’s going to be difficult, but it’s not impossible,” the 24-year-old told Sky Sports. “Looking ahead, our sole focus is on getting a win in our home game against Sheffield United, and in general we have to stop dropping points and making silly mistakes.

“I missed a very good chance when we played them earlier in the season, but I’ve managed to score other opportunities that I’ve had.

“It’s not something I’ve thought about since then – on the day, it was a chance that would’ve given us a 1-0 lead, but I’ve put it to the back of my mind.

“All players miss opportunities, but I know the goals will come – that’s part of football. I’m ready to put it right in the match on Saturday.”

Pepe has scored three goals and has three assists from his 19 Premier League games to date, but with Pierre-Emerick Aubameyang set to serve a three-match ban, it is the perfect time for him to step up in his absence.

“I’ve done OK, but I can certainly do more,” he added. “In fact, I must do more, and that is certainly something I will be looking to improve on during the second half of the season.

“The hardest period so far for me was when the team went through a difficult spell when we weren’t managing to win a game.

“We worked hard as a team throughout this time and we finally managed to get that victory at West Ham last month, which was an important moment for us and the fans.”

Pepe believes much of the training has been the same under new boss Mikel Arteta, but he highlighted the Spaniard’s meticulous attention to detail – a hallmark of the success he enjoyed alongside Pep Guardiola at Manchester City.

“The manager has stressed the importance of defending well as a team, and making interceptions when our opponents are trying to attack.

“He’s shown that he has real confidence in me, and he knows exactly what I’m capable of. In terms of working on my own game, he wants me to get into one-on-one situations, get crosses in, score goals and get assists, of course.”