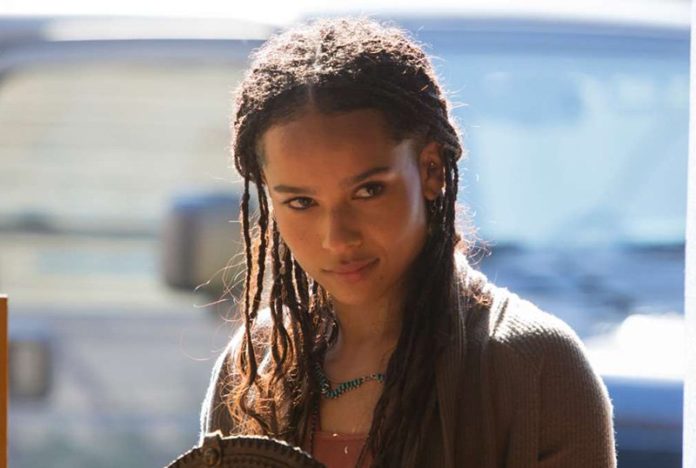 Zoë Kravitz opens up about Matt Reeves’ The Batman

During a recent appearance at High Fidelity‘s TCA press tour, Zoë Kravitz (Big Little Lies) has opened up about Matt Reeves’ highly-anticipated DC film The Batman, revealing her excitement to be able to showcase a new version of Selina Kyle/Catwoman, who she thinks is a strong representation of feminine power.

“I think Catwoman, Selina Kyle represents really strong femininity, and I’m excited to dive into that,” Kravitz said (via Variety). “I think femininity represents power, and I think it’s a different kind of power than masculine power. That’s something that’s really interesting about Batman and Catwoman. I think Batman represents a very kind of masculine power, and Catwoman represents very feminine power — slightly more complicated, and softer, too. I like the idea that you can be soft, you can be gentle and still be very powerful and still be very dangerous.”

Kravitz has also revealed that Michelle Pfeiffer’s performance in Batman Returns is the one that really gives her inspiration to prepare for the iconic role. “I think Catwoman is an iconic character. I was never into a lot of comic books, but that world was always really intriguing to me. And then of course Michelle Pfeiffer — her performance has always been super inspiring to me. It just felt iconic.”

The star-studded cast is led by Robert Pattinson (Good Time, The Lighthouse) as the titular Dark Knight. The film will also be featuring Zoe Kravitz as Selina Kyle/Catwoman, Colin Farrell as The Penguin, Jeffrey Wright as Commissioner Gordon and Paul Dano as the Riddler. In addition to Peter Sarsgaard, whose role is currently being kept under wraps, the cast recently saw John Turturro (The Big Lebowski) join as Carmine Falcone as well as Andy Serkis (Black Panther) as Alfred Pennyworth, butler and father figure to the dark knight, as well as newcomer Jayme Lawson.