Home Sport Why do Man Utd and Chelsea want Soumare? 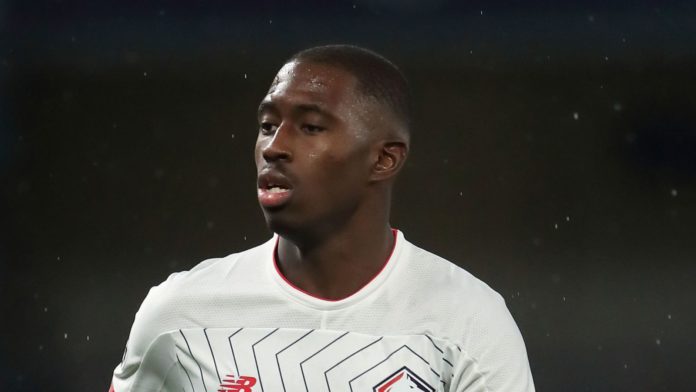 “He is somebody that would add a lot of mettle to a club’s midfield,” says French football expert Jonathan Johnson; listen to the Transfer Talk Podcast

With Boubakary Soumare being chased by both Manchester United and Chelsea in January, ESPN‘s French football analyst Jonathan Johnson provides insight into why the Lille midfielder is so sought after.

Soumare is set to decide between signing for either United or Chelsea before the transfer deadline.

Both clubs have held talks over the France Under-21 international but no decision is expected to be made before Lille play Paris-Saint-Germain on January 26.

Speaking to the latest edition of Sky Sports’ Transfer Talk Podcast, Johnson explained just why the 20-year-old has caught the attention of the Premier League duo.

“The main reason why Boubakary Soumare is interesting clubs, not just in the Premier League, is that fact that he is performing well in Ligue 1 – traditionally known as somewhere where you can source good, young affordable talent. Players the likes of Manchester United and Chelsea could add value to.

“The thing that helps a lot with Soumare is that he plays in quite an unfashionable position. Defensive midfield is not one of those positions where too many players across Europe stand out, and for this reason he has managed to stand out.

“If you think of the top defensive midfielders in European football – N’Golo Kante who is already at Chelsea, the likes of Idrissa Gueye who of course spent time in the Premier League – there are not many others who you could say are really top class defensive-minded midfielders. Soumare has the makings of being a very, very good one.”

‘Soumare is technical but not creative’

“I’ve seen him being talked about as perhaps adding some attacking prowess to a team – I don’t see him as that kind of player, I don’t think he has that creativity or goal threat.

“He is surprisingly technical and is a good passer of the ball. He’s also physical and gets stuck in, that does result in yellow and red cards from time to time. He is somebody that would add a lot of mettle to a club’s midfield, that’s why you have these clubs after him. The idea that he is a deep-lying midfielder is not correct. He’s more of a defensive midfielder.”

‘Arsenal will have to tempt PSG over Kurzawa’

Another Ligue 1 player who could be destined for a move to the Premier League is Paris Saint-Germain left-back Layvin Kurzawa after he changed agents amid speculation linking him with a move to Arsenal.

“It’s definitely something I can see happening between now and the summer. He’s coming to end of his contract and would be a free agent in the summer, he’s allowed to talk to interested parties and there has also been a lot of interest from Italy,” Johnson continued.

“My understanding is that part of the reason he changed agents to Kia Joorabchian is that he favours a move to the Premier League. With Arsenal in need of a left-back option at this moment, it seems a move that could work for both parties.

“Kurzawa is one of those players with a high potential upside. He’s very attack-minded, he’s not the best defensively, he does offer a goal threat win fit and in form. He could rekindle some of the form of his Monaco days or his early part with PSG.

“Arsenal would have to put a tempting offer in front of PSG for the deal to happen now and not in the summer.”