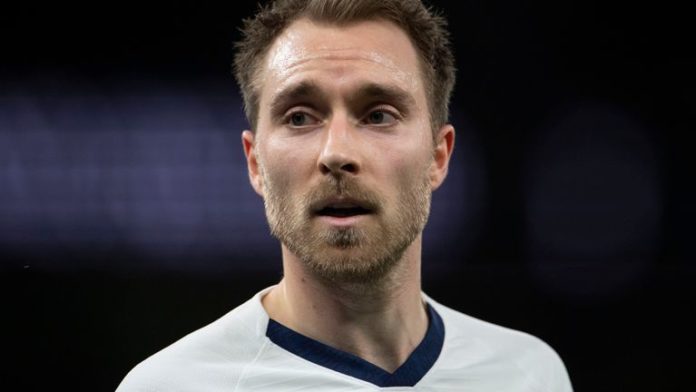 Tottenham head coach Jose Mourinho insists Christian Eriksen needs clarification about his future at the club, amid talks with Inter Milan over a January transfer.

The Serie A side have proposed just over £10m plus bonuses in talks with Spurs – but the Premier League club are standing firm on their £17m valuation of the Denmark midfielder.

Eriksen has featured sporadically for Spurs this season, scoring three goals in 26 appearances, as his contract runs into its last six months.

Mourinho said: “I put myself in the player’s position and I think he needs January 31 to come and to be sure that he is going to stay until the end of the season or before January 31 to know that he is leaving.

“I think it is difficult for a player to be in this situation where it is ‘today I am here, tomorrow I don’t know if I am’.

“He had a conversation with me on day one and on day one I knew clearly what he wanted to do.

“It was just a confirmation what Mr Levy told me before that. He told me exactly the same thing and there is no doubts. The only situation is to try to get the best from the players which is what I am trying to do, so that’s it.

“If we don’t have an offer to sell him, how can we sell him? It is as simple as that.”

Inter chief executive Giuseppe Marotta and Eriksen’s agent Martin Schoots had dinner in Milan on Thursday, as negotiations over a transfer continue.

However, Mourinho seemed irked by Inter boss Antonio Conte speaking publicly about Eriksen joining the club before the move has been completed.

“You ask me about Gedson (Fernandes) since the moment Gedson’s name was on the screen, is he going to West Ham, to Tottenham? You ask me if he comes or doesn’t come, I told you nothing.