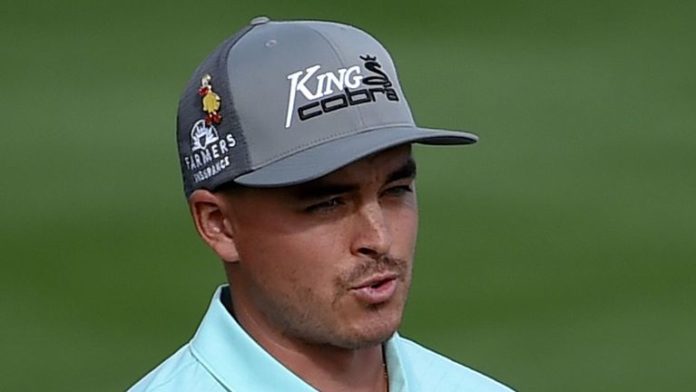 Rickie Fowler continued his fast start to the week to move into a share of the halfway lead at The American Express in California.

Fowler followed his opening-round 65 by posting six birdies and an eagle in a bogey-free 64 on the Nicklaus Tournament Course – one of three used at the event – to set the clubhouse target.

Scottie Scheffler matched Fowler’s total to also get to 15 under, with Andrew Landry a shot off the pace and Tony Finau within two of the lead after a round-of-the-day 62.

“I’ve just done a really good job of picking tight lines, and for the most part, hitting it where I want to,” Fowler said. “Managed to have a couple good par saves on my finishing nine to keep things going the right direction and to not move backwards. I’m happy with where we’re at.”

Starting on the back nine, Fowler posted back-to-back birdies from the 11th before ending a run of pars by picking up a shot at the first and rolling in from eight feet at the par-three third.

A stunning approach into the par-five fourth set up a six-foot eagle, with Fowler closing out his blemish-free card by adding birdies at the fifth and eighth to set the clubhouse target.

Scheffler, also opening at the 10th, raced up the leaderboard with six birdies in his first seven holes but registered a three-putt double-bogey at the 18th after failing to get up and down from a bunker.

The 23-year-old birdied the fourth and holed a 10-foot eagle at the seventh before going inches away from a hole-out at the ninth – his final hole – with a tap-in birdie taking him alongside Fowler.

Landry mixed nine birdies with a sole bogey on the tougher La Quinta Country Club course to get within one of the lead, while Finau’s blemish-free 62 on the Tournament Course included seven birdies in his last nine holes.

First round co-leaders Zac Blair and Grayson Murray dropped five and six strokes off the pace respectively, while tournament host Phil Mickelson is facing a battle to make the cut after a level-par 72 saw him stay at two under.

Watch The American Express throughout the weekend live on Sky Sports. Live coverage continues on Saturday from 8pm on Sky Sports Golf.