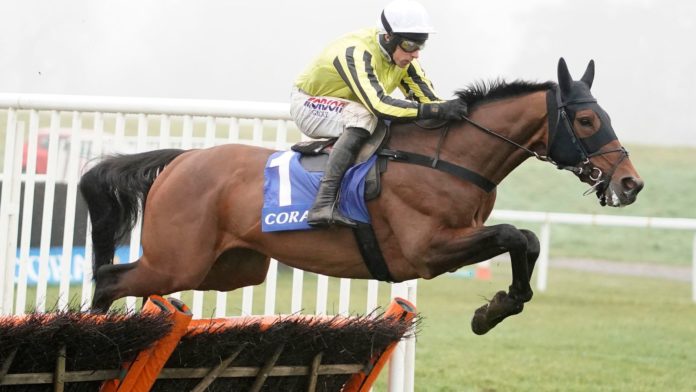 Triumph Hurdle favourite Allmankind will not run at Cheltenham next weekend and will instead head straight to the Festival in March.

Trainer Dan Skelton had stated his intention to take his live-wire juvenile to Festival Trials Day but has now had a change of heart.

Skelton was quick to point out the Grade One winner has not had any form of setback, rather he just wants to have him very fresh for the Triumph instead.

He tweeted: “Allmankind WILL NOT run at Cheltenham Trials Day next Saturday. There is no injury or issue with the horse, rather that we would like to have him super-fresh for the Triumph Hurdle in March and he now will head straight to The Festival.”