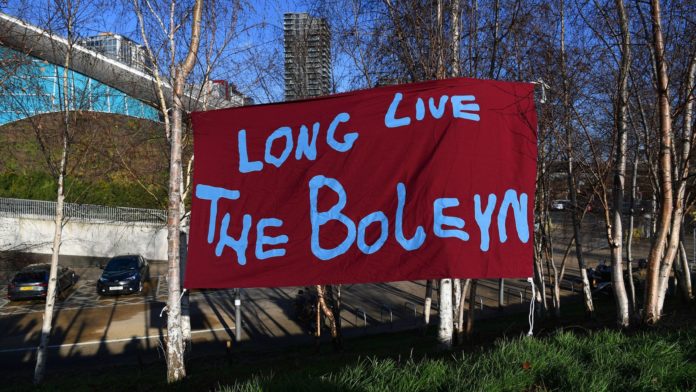 West Ham fans have staged a protest against the club’s current owners ahead of the game against Everton.

Saturday marked 10 years in charge for David Gold and David Sullivan, and a large group of Hammers supporters marked the occasion with a protest outside the London Stadium.

West Ham go into their game against Everton in 16th place in the Premier League and just a single point outside of the relegation zone.

The club recently sacked manager Manuel Pellegrini and brought in David Moyes as his replacement.

Garcia on Pacquiao: ‘A changing of the guard’

Ella Emhoff was the US presidential inauguration’s breakout fashion star

Garcia on Pacquiao: ‘A changing of the guard’

Burkina Faso: Detainees must be treated with humanity and dignity