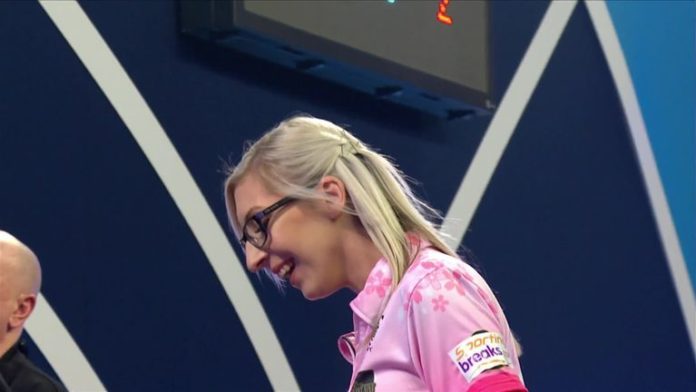 Smith: “It’s so nice to be back finally, it’s life-changing”

Canadian Smith will return to the PDC ProTour for the first time since 2013 after landing a 110 checkout in the deciding leg of his 5-4 defeat of Seigo Asada in their Tour Card play-off.

Former BDO Championship runner-up Smith, who represented his country at the 2013 World Cup, began the day with a thumping 5-0 win over Alan Norris before averaging 103.6 in his penultimate victory over William Borland.

“It’s so nice to be back finally, it’s life-changing,” said Smith, who saw his automotive painting business burnt to the ground in August 2019.

More than 500 players headed to Wigan and PDC Q-School to chase one of 20 two-year Tour cards that could change their career and their life.

“It’s not the first time I’ve won a Card but this time I intend to use my Card better than I did last time.

“I suffered a blitzing from Damon Heta yesterday which set me back a bit, but that pushed me on to come back stronger today knowing I had to get points on the board.

“The possibilities are endless now, I can’t wait to get back over and play, I’m excited to show what I can do.”

Smith was joined by surprise-package Beeney in the winners’ enclosure in Wigan, as the London-based player won his Tour Card for the first time.

Beeney, a 36-year-old prison officer who won just £150 in prize money on the 2019 PDC Challenge Tour, edged out Jarred Cole 5-4 in their Tour Card decider to book his place on the ProTour.

Keep up-to-date with the latest darts news, features and interviews

“I’ve just completed the greatest thing that I ever expected to happen in my life,” said Beeney, who was overcome with emotion after his shock triumph.

“I’ve had the worst time ever here, I was nervous on Thursday and went out in the first round in the worst game I’ve ever played.

“I played even worse on Friday and now I’ve played really well all day today.

“I have no words, I have no idea how I’ve done this at all. To hit a bullseye to earn a Tour Card is the stuff dreams are made of.

“I’m still a pub player, I’ve only played for my county three times so this is unreal.”

At European Qualifying School, Sedlacek made history as he became the first Czech player to win a PDC Tour Card.

Sedlacek, who has represented his nation three times at the World Cup, claimed a 5-1 victory over Berry van Peer in the Day Three final at Halle 39.

“I am so happy, I don’t have the words to describe what this means to me,” said Sedlacek, who reached the quarter-finals of his second European Tour event in April 2019.

“It’s a fantastic moment for me and for Czech darts.

“I said to myself ‘you are playing well and you must wait for your chance’, and I took it.”

The 2020 PDC Qualifying Schools conclude on Sunday with Day Four in Wigan and Hildesheim.