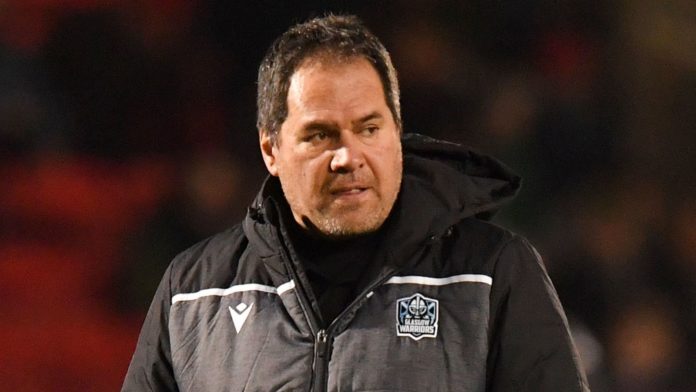 Glasgow Warriors head coach Dave Rennie believes Saracens will be “galvanised” when they face Racing 92 in the Champions Cup on Sunday after the Londoners’ relegation from the Premiership was confirmed.

Premiership Rugby released a statement on Saturday evening saying that Sarries will be demoted from England’s top flight at the end of the season.

Mark McCall’s men are still a threat in Europe’s biggest club tournament, however, and they can deny Glasgow, who overcame Sale Sharks 45-7 on Saturday, a place in the quarter-finals by defeating Racing 92.

“I’m sure they will be highly-motivated, there’s been a lot of stuff in the press and they’re a proud club, so I think that will only galvanise them more,” Rennie said. “They’re going to be tough to roll down there.

“We need a lot of luck. We were hoping Lyon might do us a favour [versus Northampton] and they didn’t, and now we need Toulouse to win against Gloucester and we need Racing to either keep Saracens to a draw or a loss, which is not going to be easy.

“We’ve done all we can do. I thought we played well tonight, we’ve played really well over the last month. It’s frustrating that we didn’t get five [points] last week [against Exeter], which would have put us in a pretty strong position.”

Sale, having competed in the same league as Saracens, were one of the teams affected by the Londoners’ breach and their director of rugby Steve Diamond gave his reaction to the news.

“I’ve just operated on 50 per cent of the salary cap for 10 years and managed to qualify for Europe in five of those 10 years, and it’s disappointing to know that a team have been cheating,” Diamond said.

“The powers that be have decided that it is obviously the right punishment so we get on with it.”

Glasgow’s victory over the Sharks condemned the Greater Manchester outfit to a fifth defeat in this season’s Champions Cup but Diamond was in a philosophical mood when looking at their performances, despite describing their European campaign as “poor”.

He added: “Europe’s a big competition but we didn’t have some players available for the first two games. Apart from today, we got bonus points in the other games so it’s a learning curve for us. Glasgow have a proud tradition and they’re good in this competition.”