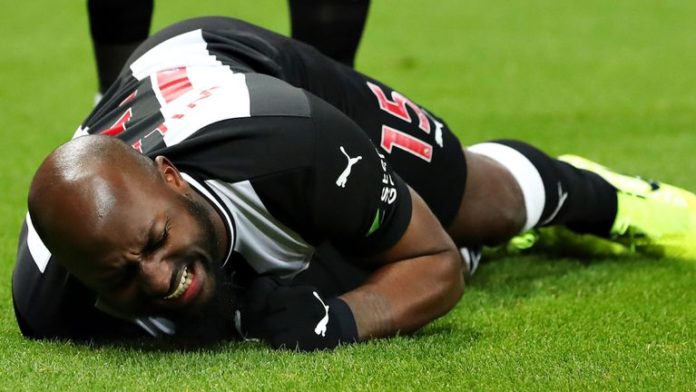 “I’ve never known anything quite like it over the last few weeks,” says Bruce; agent of Inter Milan’s Valentino Lazaro watches win over Chelsea

Steve Bruce fears Jetro Willems is the latest player to join Newcastle’s list of long-term absentees after he suffered a “horrendous” injury against Chelsea.

Willems had to be stretchered off in agony during the first half of Saturday’s 1-0 win with what appeared to be a serious knee injury and Bruce fears he has suffered cruciate ligament damage.

The blow further deepens Newcastle’s problems down the left, with Paul Dummett having suffered a hamstring injury in the FA Cup third-round replay win over Rochdale in midweek.

Cruciate ligament damage, if confirmed, could mean Willems has played his last game for the club as he is on a season-long loan from Eintracht Frankfurt.

And it is likely to force Bruce to move into the transfer market to bolster the left wing-back slot, on top of any potential deal for Inter Milan’s Austria international midfielder Valentino Lazaro, whose agent was at St James’ Park to watch a game which Newcastle won with a late goal from Isaac Hayden.

Hayden had been moved to left wing-back when Willems was hurt.

Bruce said: “It looks a horrendous injury for Jetro, which is a big blow to us. It doesn’t look great with Paul Dummett either so in that area in particular, all of a sudden, within four or five days we’ve got a problem.

“We fear it’s his cruciate.

“We’re due a bit of luck. I’ve never known anything quite like it over the last few weeks so we’re due.”