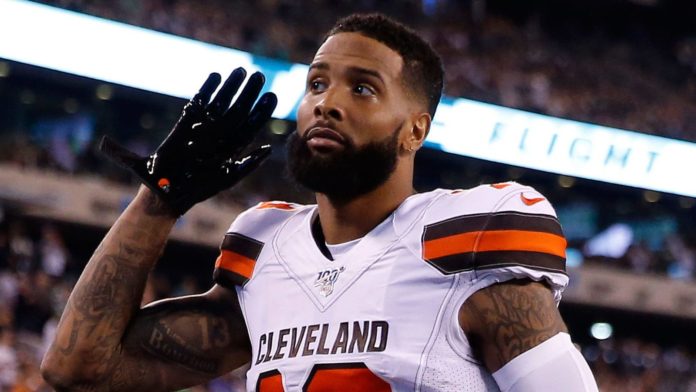 The arrest warrant issued against Cleveland Browns wide receiver Odell Beckham Jr in New Orleans has been rescinded, his attorney has confirmed.

Beckham Jr faced arrest after a video surfaced online which appeared to show him slapping the backside of a Superdome police officer.

The warrant, on a charge of misdemeanour simple battery, was issued after the incident at the end of LSU’s win over Clemson in the collegiate football national championship on Monday in New Orleans – Beckham Jr is an LSU alumni.

But the officer, who is not a member of the New Orleans Police Department but does have arrest powers, has decided not to press charges against the 27-year-old.

“There is no warrant outstanding for the arrest of Odell Beckham Jr,” read a statement from the player’s lawyer, Daniel Davillier of New Orleans.

“The security officer involved does not wish to pursue charges in this matter. The legal matter has been resolved.”

Local media in New Orleans has reported there is no clarity whether the stadium officer and Beckham Jr have reached an agreement ruling out any civil claim.

On top of that video, Beckham Jr was also involved in controversy in another online post which appeared to show him handing out money to LSU players on the field.

LSU said it was cooperating with NCAA officials as they scrutinise whether any rules governing the college players’ amateur status had been broken.