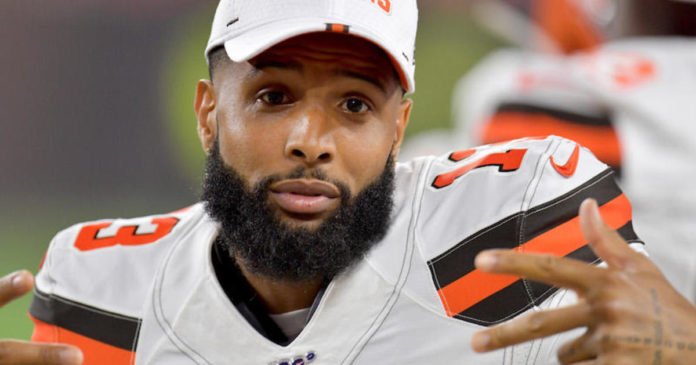 The warrant was issued Thursday after video posted on social media appeared to show Beckham swatting a security officer’s buttocks in LSU’s locker room after Monday night’s college national championship game in the Superdome. Beckham, who played for LSU from 2011-2013, was in the locker room celebrating the victory with his former school.

“The security officer in the incident involving Odell Beckham Jr. has decided to drop the charge,” the department’s public information office said in an email.

LSU players were seen smoking cigars — forbidden in the Superdome — in pictures from the post-game celebration. Authorities reportedly warned them they could face arrest.

In a 27-second video available on Twitter, a security officer is seen standing over an LSU player sitting on a locker room bench. The officer appears to be searching around the bench and pointing to the floor. He can be heard talking about a “burn mark” just before Beckham approaches him from behind and appears to swat his backside.

“He wasn’t thinking at all. Again, this is something I think he has to learn from, and he will learn from it,” former LSU player Darry Beckwith said.

Beckham has also come under scrutiny over his apparent cash payments to Tigers players on the field after the game.

The NCAA does not allow players to receive cash benefits while playing college football. Those rules are designed to prevent institutions from luring talent through the promise of direct or indirect payments.