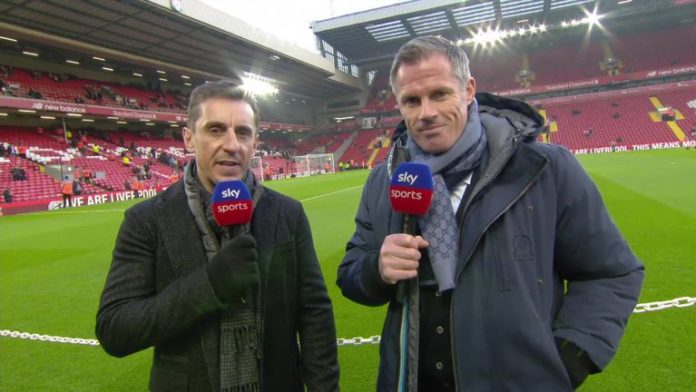 Manchester United forward Marcus Rashford is not to fit to face Liverpool after failing to recover from the back injury he sustained in his side’s 1-0 FA Cup third-round replay win over Wolves last Wednesday.

United boss Ole Gunnar Solskjaer has told Sky Sports he expects Rashford to be out “for weeks”.

United gave the England international, who has scored 14 Premier League goals so far this season, every chance to feature in the Super Sunday clash at Anfield, which is live on Sky Sports Premier League from 4pm, but he misses out with Solskjaer, who makes two changes from the 4-0 victory against Norwich, opting for a back three.

Luke Shaw returns to the starting-line-up alongside new United captain Harry Maguire, Victor Lindelof with Aaron Wan-Bissaka and Brandon Williams at wing back, while Nemanja Matic partners Fred in midfield in the absence of injured pair Paul Pogba and Scott McTominay.

Meanwhile, Liverpool are unchanged from their 1-0 victory at Tottenham last weekend.

Joe Gomez continues alongside Virgil van Dijk at centre-back, while Alex Oxlade-Chamberlain keeps his place in a midfield three with Jordan Henderson and Georginio Wijnaldum.

Liverpool are further boosted by the returns of Fabinho and Joel Matip, who are named on the bench after their returns from injury.

Keane joins Souness, Carra and Neville – How to follow

Liverpool vs Manchester United is live on Super Sunday from 4pm; kick-off 4.30pm. Sky Sports customers can watch in-game clips in the live match blog on the Sky Sports website and app. Highlights will also be published on the Sky Sports digital platforms and the Sky Sports Football YouTube channel shortly after the final whistle.

Upgrade ahead of Liverpool vs Manchester United and get all 8 Sky Sports channels for just £20 extra a month for 18 months.